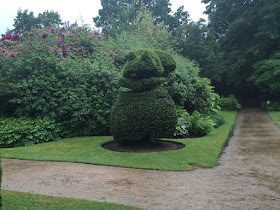 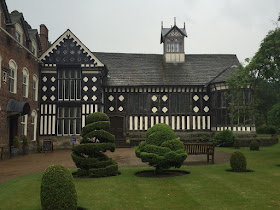 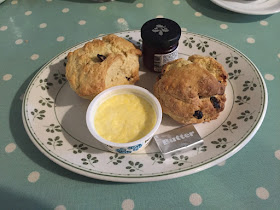 I had a head-melting hangover the first time I came to Houghton Mill. The night before, I had attended the 40th birthday party of my first school-friend to turn 40 - say no more.

The next day, however, I was due to take my sister on her very first National Trust scone mission. She had not exactly been exuberant in her support of my blog when I first explained it to her - "You're doing what? Why?" - and she wasn't hugely enthusiastic about driving to Huntingdon to look at a mill.

And so I found myself in the car with her that day, chirping away about absolutely nothing, desperately hoping that chirping away would stop me from being sick.

But this story has a happy, non-vomitous ending: I wasn't sick and she absolutely loved Houghton Mill. She has since voluntarily accompanied me on visits to Wimpole, Anglesey Abbey, Stoneywell, and Woolsthorpe Manor.

I was still amazed this week, though, when she asked if we could go back to Houghton Mill on a return scone mission. I still have about 100 NT cafes to visit on this scone odyssey of mine, so I don't often do revisits. But they can be fascinating, as they give a good insight into how the NT is always trying to improve. For example, Chartwell had upgraded its tea room in between my first and second visit and it was genuinely interesting to see how it had been done.

Houghton has also improved things - there are new exhibits that allow you to pour grain into a model and then turn handles to see it moving through the milling process.

Our old favourites, the rotary quern and the quern, were still there. Imagine having to grind flour for a batch of scones using a quern - it would take HOURS *shudders*: 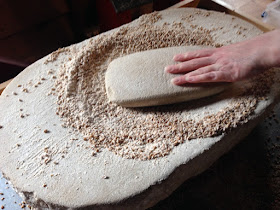 The hangover scone had scored 5 out of 5 back in 2013 and today's specimen didn't disappoint - very tasty: 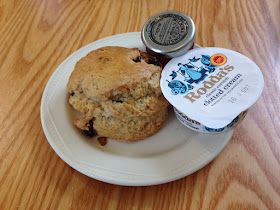 There are no points for revisits, but Houghton remains a firm favourite - read about its history in my original Houghton blog post.