I've seen a lot of changes at National Trust properties during the nine years of this project. One thing that hasn't changed is the criticism that the NT gets for the 'Disneyfication' or 'dumbing down' of history and heritage. It was there when I started this blog and it's still there now, mainly in the Daily Telegraph, but it's there, depressing the living daylights out of most NT members.
Ascott, near Leighton Buzzard, is to my mind what the Daily Telegraph wants the National Trust to be. It's a stunning estate - it's maintained beautifully, with not a leaf out of place. But there wasn't much to bring the place to life, or to explain its history, or to provide details of the people who have lived there over time. 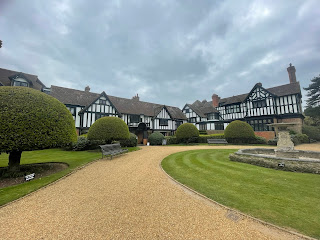 The reason for this is that it's still, in principle, a family home. Although Ascott is owned by the National Trust, the de Rothschild family still have use of it as a residence. You can look around the ground floor and peruse the collection of Ming porcelain and artworks. There were a couple of signs explaining the pictures and quite a few volunteer guides on hand, who were very pleasant and helpful. And for a lot of visitors, that's probably enough. For me, however, I love knowing about the people who built and lived in these places, and Ascott doesn't really offer that.
So I did a bit of reading and discovered a few facts I can share: 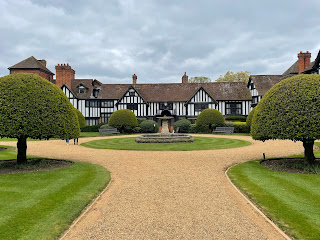 I wasn't entirely sure if the tea-room at Ascott was National Trust owned/run - according to the rules of the National Trust Scone Odyssey, a scone is only mandatory if it's officially NT. But I'm taking no chances at at this late stage of the project, so I went in anyway. And to be honest, I'm still not 100% sure - in some ways it was a very NT experience and it other ways it felt a bit different.
The scone itself was fine. I did at one point wonder if it was a tad under-baked but concluded that it was just very cakey, with a lot of sponginess about it. It had a crisp exterior though, which was very good. 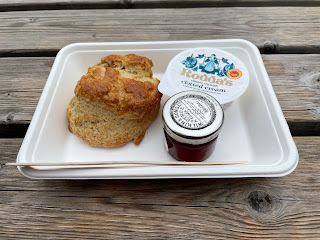 So that leaves just 19 properties left for me to visit. Today's trip made me realise that I probably shouldn't leave my final mission to chance - I have to make sure that it's a visit to remember for all the right reasons. I'm therefore adding one special place back on to my list and intend to close proceedings there in August. But for now - stay tuned as we embark on the final 19 scone expeditions! 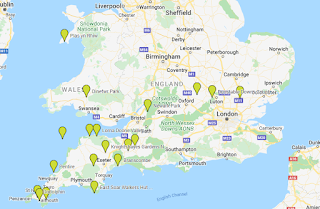