I first went to Box Hill in 2013, shortly after I joined the National Trust. It was very, very, very busy. There seemed to be about 9,000,000 cyclists milling about - I haven't seen that much Lycra since an ill-advised dalliance with aerobics back in 1991.

The other 11,000,000 visitors were possessed children. The place was teeming with them - it was Easter Monday and there was a chocolate egg trail.

Typically of me, at the time I wondered how anyone could be BOTHERED with it all, and then twelve months later I forgot about that and decided to borrow a four-year-old and see what the #EasterEggTrail fuss was all about.

And I can tell you now that the #EasterEggTrail at Box Hill is brilliant. I've never really taken much notice of the trails that many NT properties offer, as I don't have children and I've certainly never felt the urge to take part in one myself. But today I discovered that if you ask a child to run round a nicely sized trail in a bit of woodland and answer questions so they can win a chocolate egg, they're ecstatic.

I took absolutely no notice of Box Hill itself today, though, thanks to the excitement of the egg trail and the demands of stopping a four-year-old from running through other people's picnics. I know from my previous visit that the panoramic views are fantastic but I'm afraid this picture of some people in what looks like a field is the best that I can offer you: 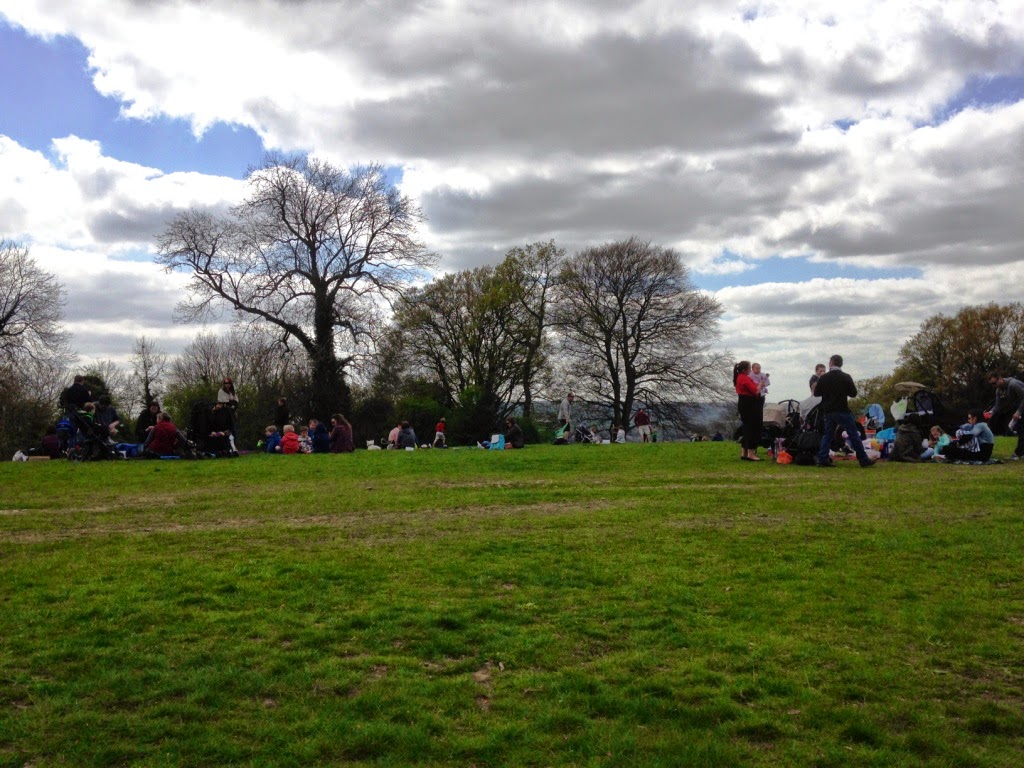 The Box Hill scone
Moving on to more routine matters, I hope that nobody at the National Trust is shocked or offended by this but the cafe at Box Hill is far, far too small. It only has five tables inside, although there are a few outside. The staff also struggle with limited space on the other side of the counter - they're having to fill water bottles for cyclists and clear tables and make cappuccinos all at once and as a result they look a bit harassed.

However, the scones themselves were good - really hefty, with loads of fruit, and although they were a tiny bit dry, they were very tasty. Which is just as well, as the four-year-old absolutely refused to share any of his egg (that's gratitude). 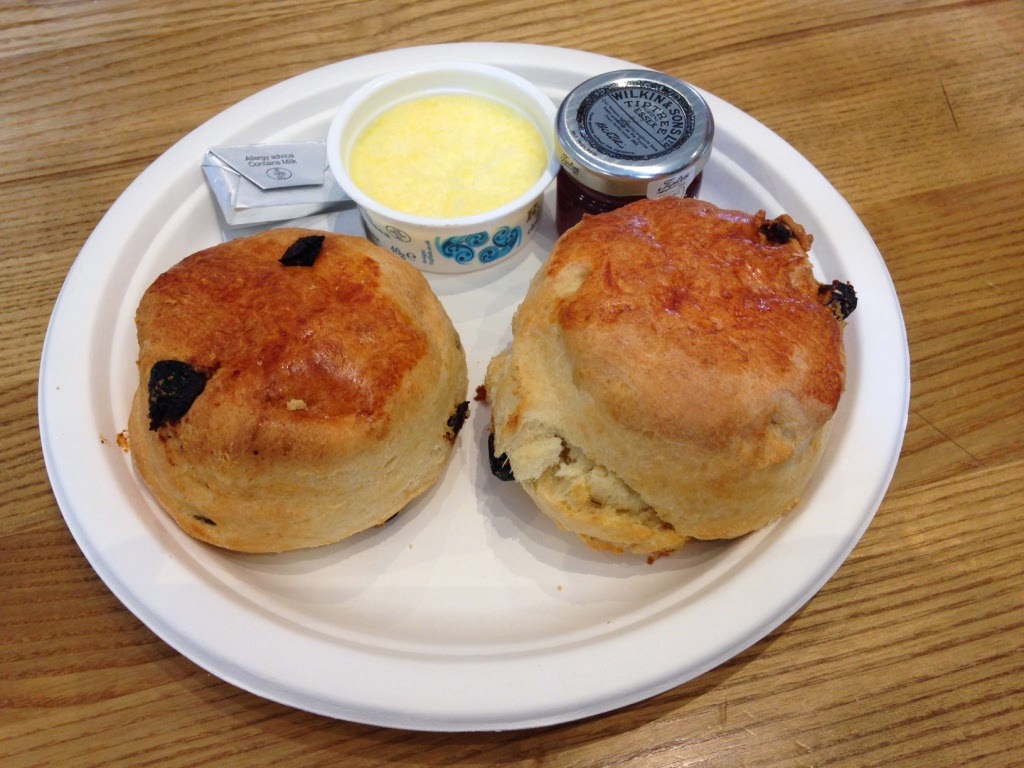