I'm often asked whether I prefer my scones jam first (Cornwall-style) or cream first (Devon-style), to which I usually reply "I am from Kettering. Our local produce is Weetabix."

But today, for the very first time, I took my fence and attempted to sit on it in the very heartland of the great jam vs cream debate: Killerton in Devon. 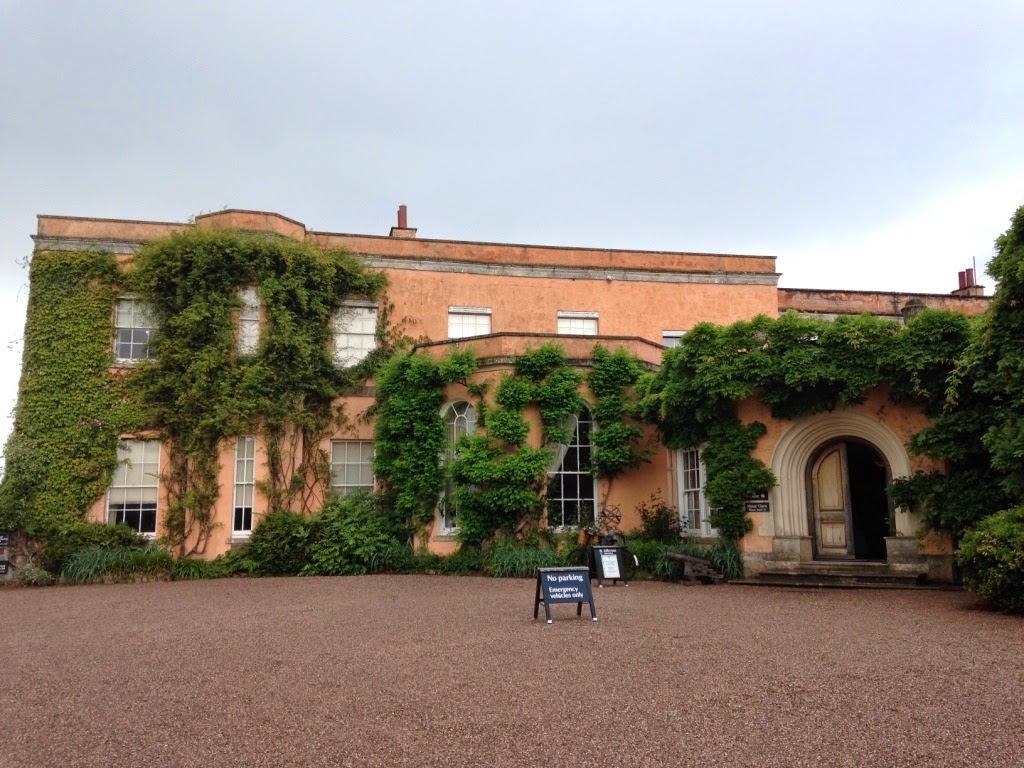 Killerton is a very large estate, covering 6,400 acres. The house was built in 1778 for Sir Thomas Acland and remained in the Acland family until it was given to the National Trust. The Aclands had a fascinating history that would make a really good TV mini-series, if TV companies hadn't stopped making mini-series in the 1980s.

The last Acland at Killerton was Sir Richard. He was an intriguing man - he was elected as a Liberal MP in 1935 but then became a Socialist and formed the Common Wealth Party with J.B. Priestley. As part of his Socialist beliefs, he decided that property should be publicly owned and handed Killerton over to the National Trust. What his four sons made of this is not recorded.

Killerton House itself is quite modest from the outside but inside it's a nice size with well apportioned rooms. The Trust encourages visitors to have a go on the piano and organ, which is always good to see.

The highlight for me, though, was the Bear Hut in the grounds. It looks a bit like Hagrid's cottage and it was originally built as a summerhouse - it has a surprisingly stunning stained glass window, as well as very prettily-crafted floors and ceilings made from natural materials. When one of the young Aclands brought a bear back from Canada, it took up residence in the hut: 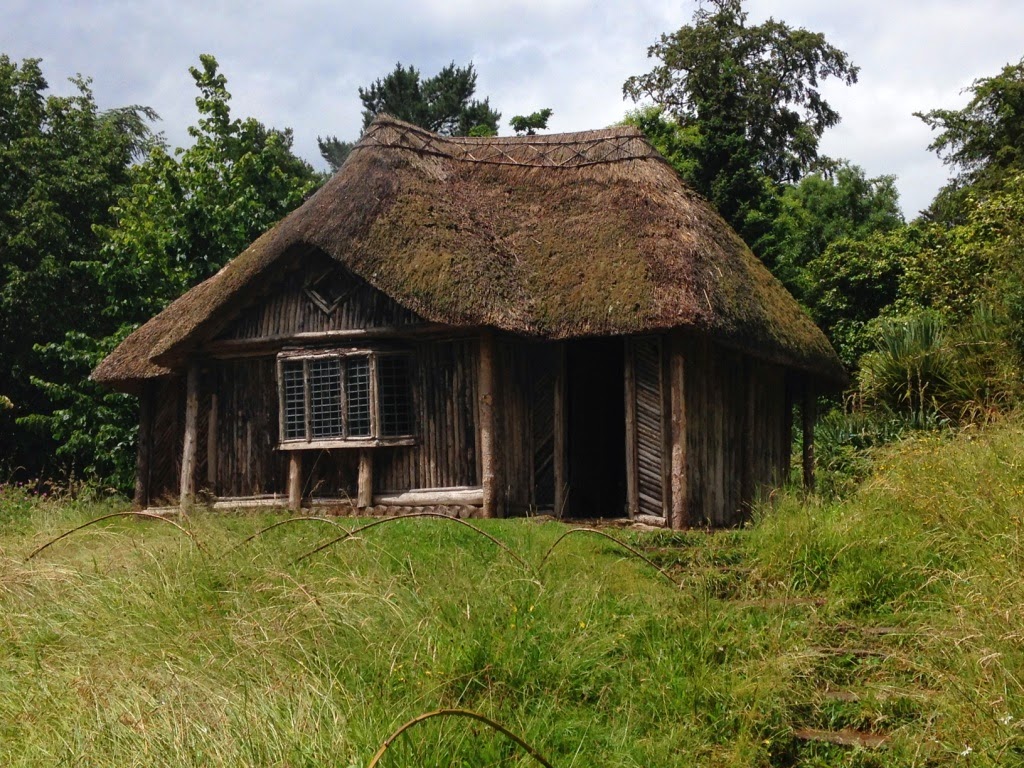 The bear was called Tom and there's a replica of him in the ticket office: 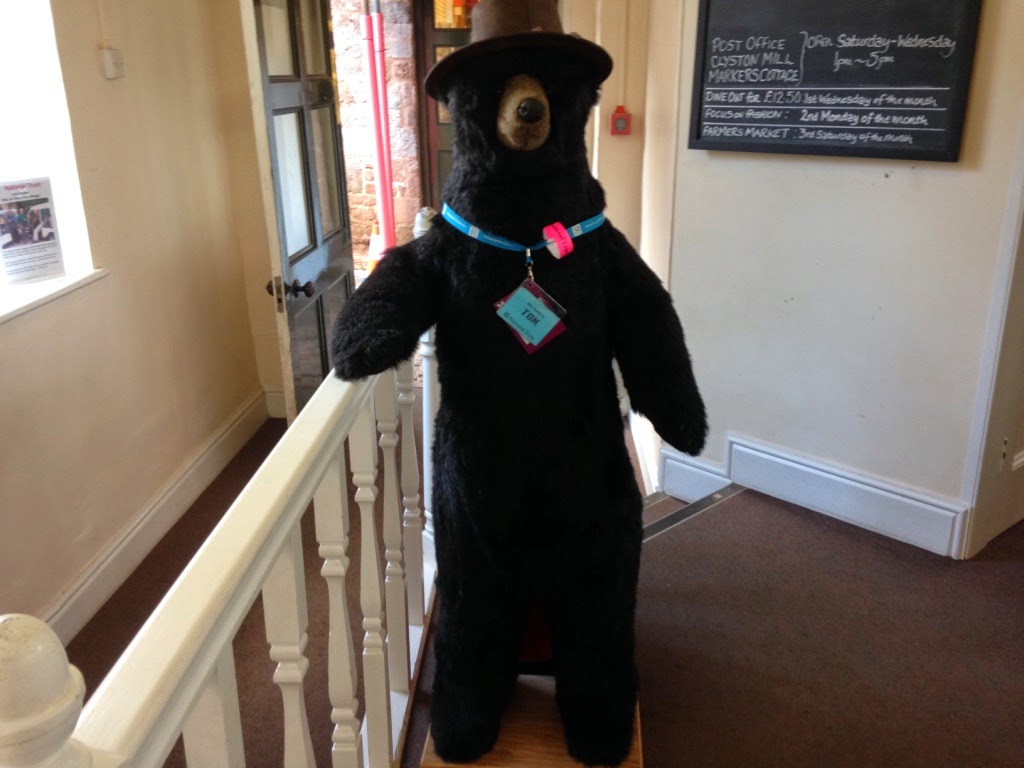 There was no guidebook at Killerton - there were printing errors in the ones that had been produced, apparently, so none were available. It did force me to read the information cards in the rooms for once.

My visit to Killerton today had been inspired by a scone-off that they were holding for kids at a local fete. I believe that children are our future and when I am 105 with 239 National Trust properties still to visit, I will need someone to be baking the scones. I am forward-thinking like that.

The junior scone-off wasn't actually at Killerton - it was in a nearby village using Killerton produce - so I didn't get to see it. It doesn't matter though; it inspired me to go to Devon and if any other National Trust properties are watching, I think that this is a jolly good idea: 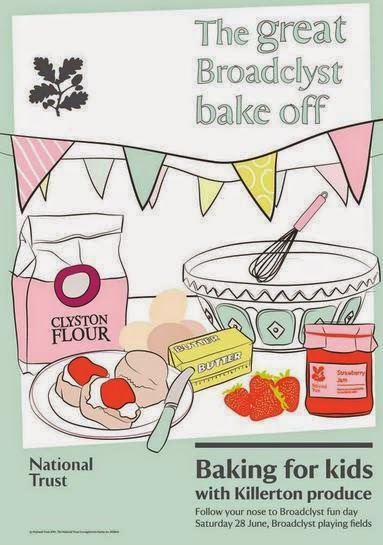 The Killerton scone
I was expecting fantastic things from my Devon scone, and if ten months of National Trust scone blogging have taught me anything it's that high expectations are a risky old game. So it was today. My scone was quite small and not particularly fresh, and it came as a cream tea for two, which meant one pot of cream and one plate...it was just a bit underwhelming considering we'd just come 160 miles. 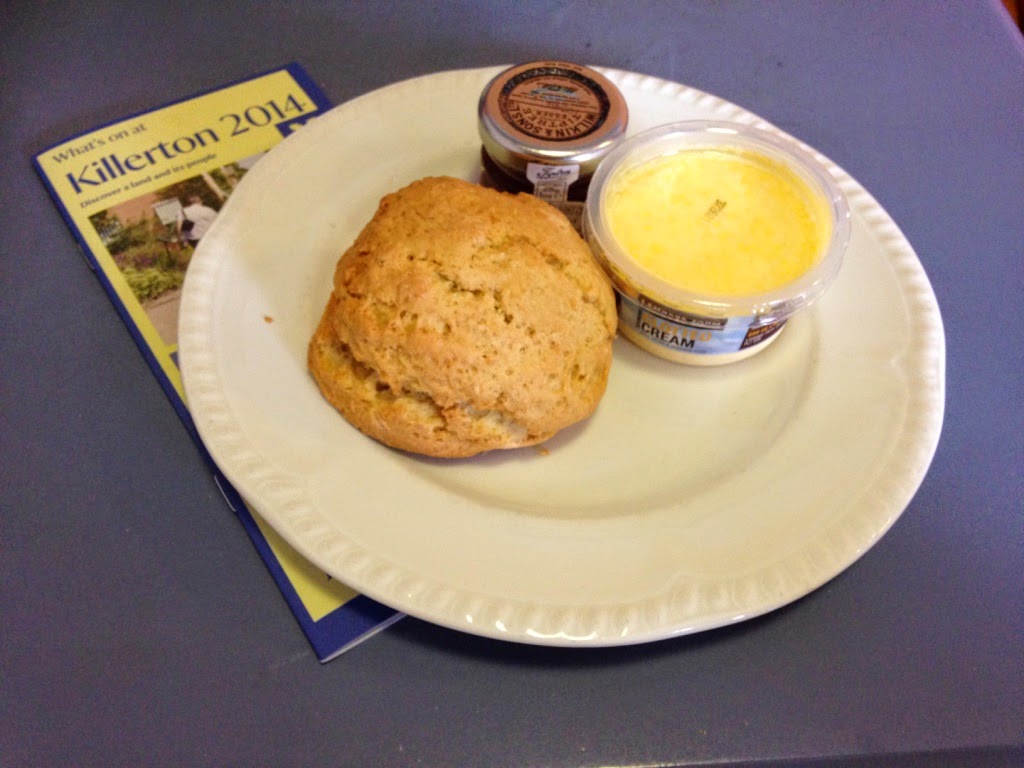 But never mind. Killerton has an amazing programme of events, covering everything from Shakespeare to bear hunts - well worth a look.

I'm going to finish with an observation on how brilliantly British the whole jam vs cream debate actually is. Because let's face it, we're arguing about it while simultaneously loading both of them onto our scones in copious quantities. And people get very heated in the debate - "IT'S JAM FIRST!" " IT'S CREAM!" - until someone else invariably pipes up "what about butter?" and everybody looks at that deluded unfortunate like they just suggested eating a raw hedgehog. I love it. But whatever your preference, remember to keeeeeeeep sconeing.