Here is a list of things that I knew about Rudyard Kipling before I went to Bateman's:
1. He wrote The Jungle Book, but the actual book and not the cartoon

That's it. Worryingly, I knew this when I was about nine years old - I remember finding a copy of The Jungle Book and being really disappointed that it was full of words and no pictures of bears in grass skirts.

But the National Trust has saved the day, yet again, and raised me out of my shameful ignorance. Bateman's in East Sussex was Kipling's home from 1902 until he died in 1936. He loved it and it's easy to see why: 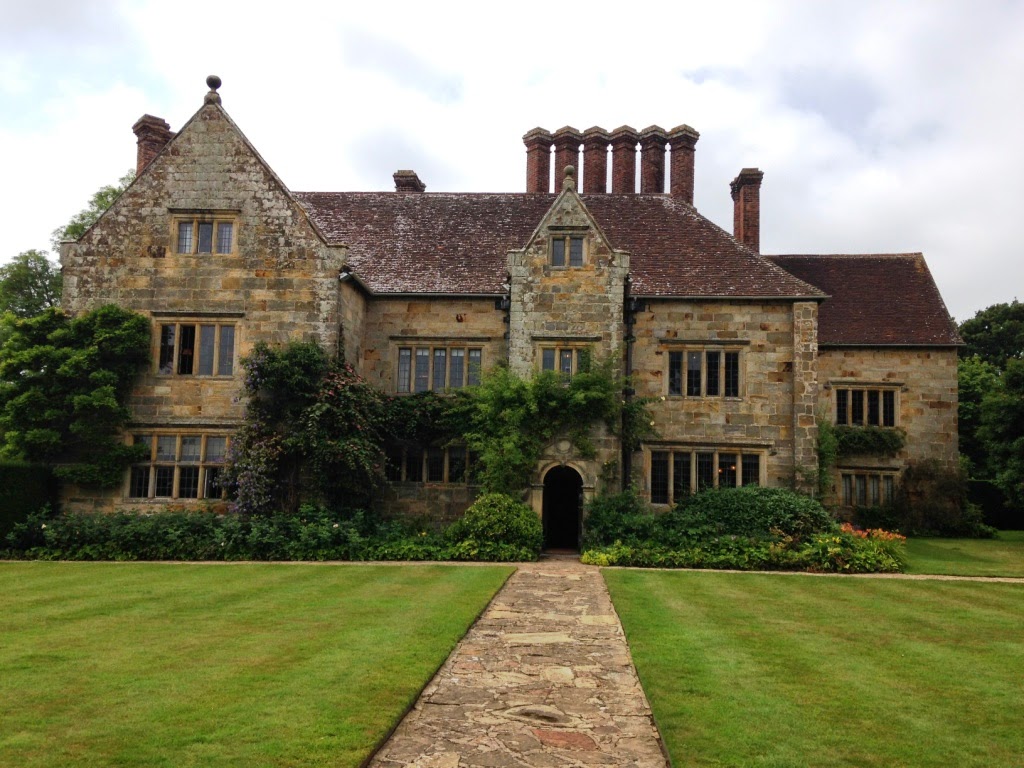 Here's what I learned about Kipling today:
Bateman's itself was built around 1634. It is presented today just as 'Rud' left it, but it retains a real sense of its Stuart origins, with huge fireplaces and a Hall for welcoming guests.

In fact, every single room at Bateman's is strikingly pretty. The study feels like he only just left it (although it does appear to have a large run-over cat in it): 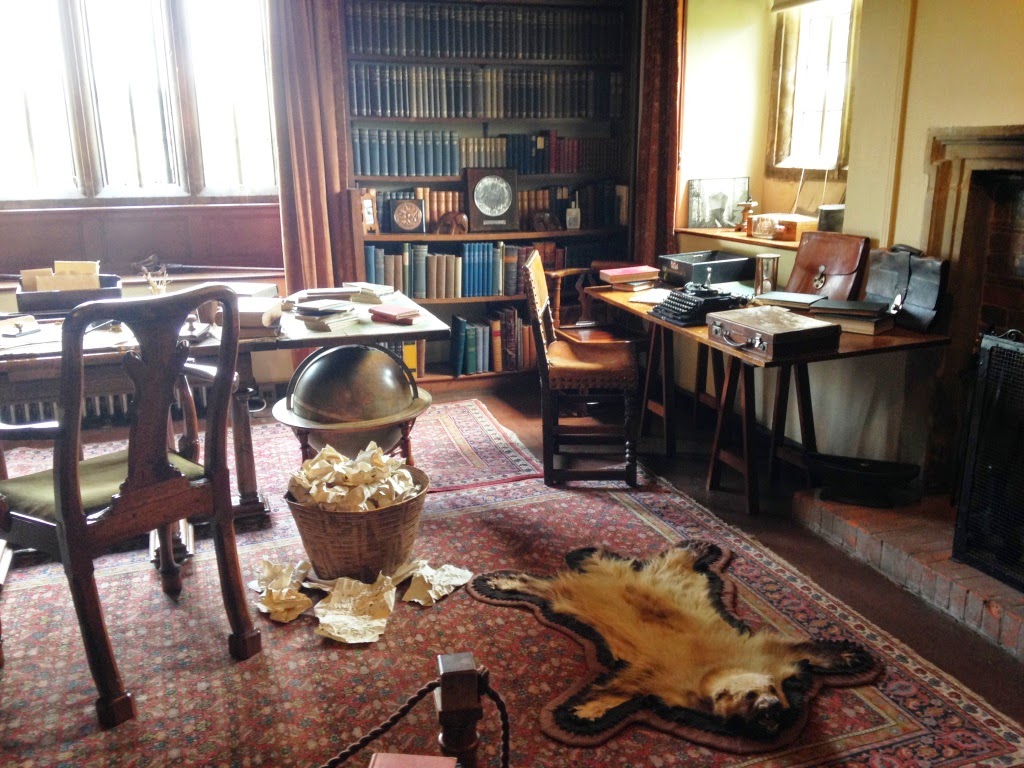 And then you leave the house and are faced with the stunning loveliness of the garden and pond, before you look back and marvel at the rear view of the building: 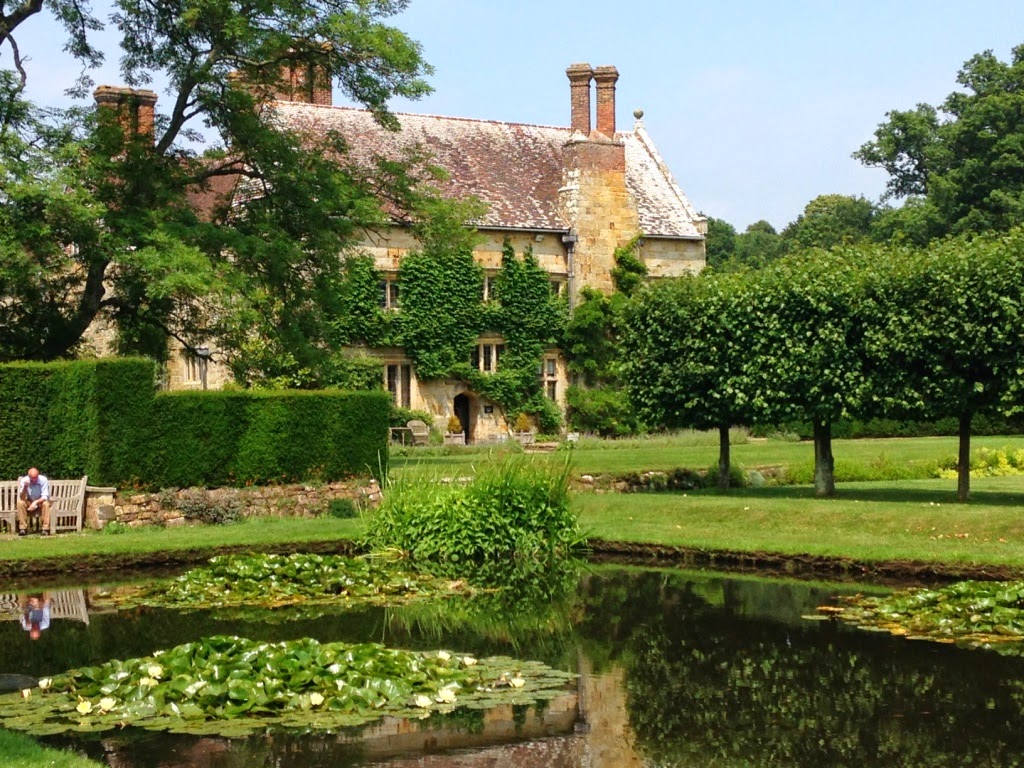 Bateman's is one of those National Trust properties that you know you could live in. I did start to wonder what it would take for the nation to offer me Bateman's. I'd probably have to save the country from an asteroid or a giant tidal wave, or maybe it would be enough to show 11 young men how to win 7 games of football and come home with the World Cup? I mean, how hard can that be?

Anyway, possibly my favourite feature at Bateman's was a radio with a dial that visitors can turn to hear one of Kipling's poems or letters being read by the actor, Ralph Fiennes. It's such a simple idea and yet it made my day - just a few minutes listening to Kipling's work being read aloud in the house that he loved. It was quite mesmerising. 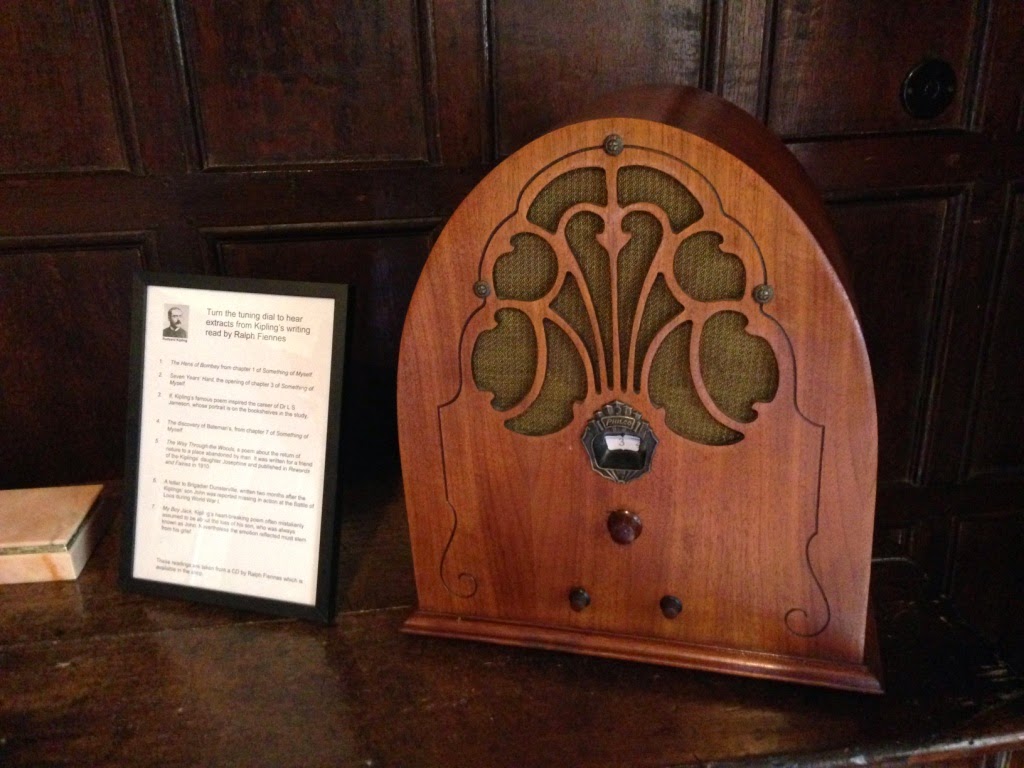 The Batemans scone
I had had a gentle word with myself before I set off for Bateman's. I reminded me that in National Trust Scone Blog history there has very rarely been a 5 out of 5 in consecutive visits, and Claremont Landscape Garden got a 5 last week. I should probably prepare myself for misery on the M25 followed by potential scone disappointment.

But I was WRONG, readers. The Bateman's scones were absolutely fantastic. They certainly looked the part, there was a choice of plain or fruit AND a choice of jam, and they proved to be extremely fresh, soft, tasty and very crumbly. A triumph. 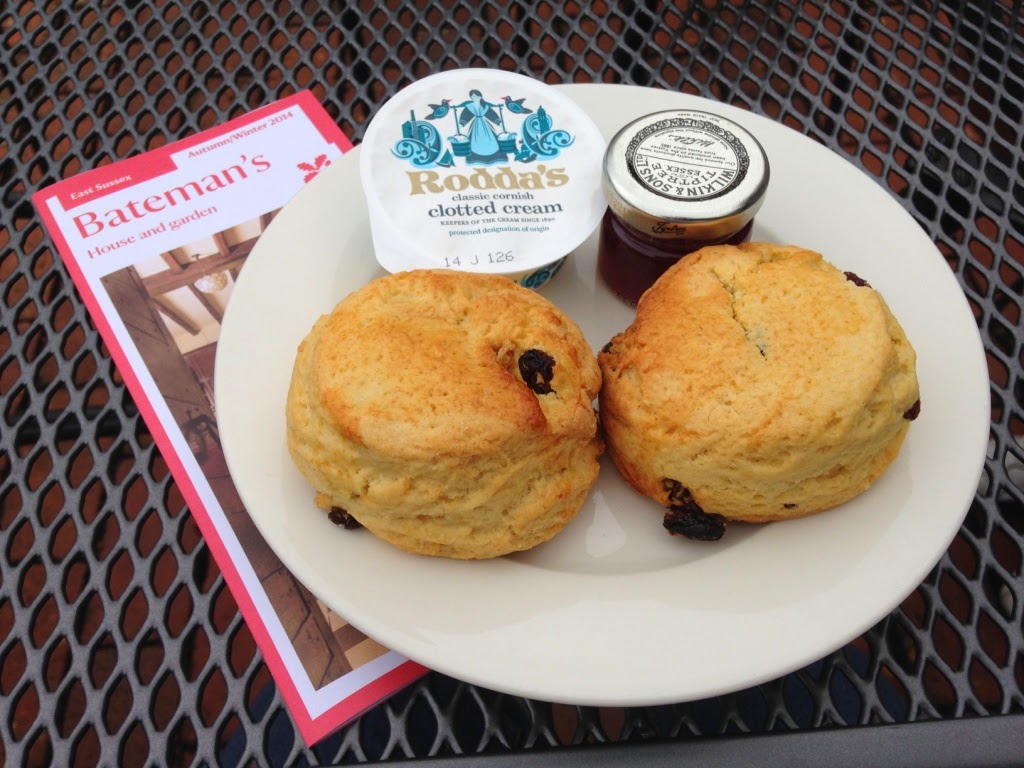 So it seems that the only thing I didn't learn today is why the place is called Bateman's. If anyone knows the answer, let me know!