I went to primary school in the 1980s when 'arts and crafts' was a term used to describe 30 kids sticking screwed up bits of tissue onto sugar paper using gloopy white glue that you smeared about the place using little white spatulas.

So I was quite surprised when I discovered that Arts and Crafts actually means something quite different to most other people. I'm not going to embarrass myself by telling you when I made that discovery but it wasn't in the 1980s.

Anyway, Standen in West Sussex is a fine example of a house built in the Arts and Crafts style. It was designed by the architect Philip Webb, who also built Red House. 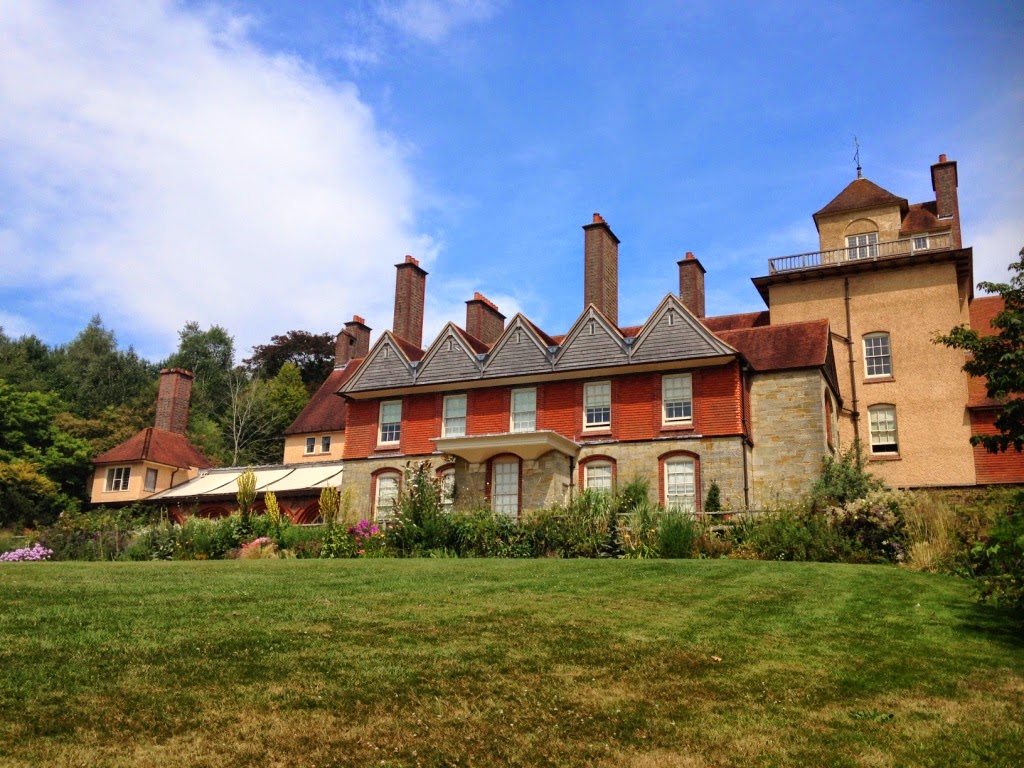 Standen was built in 1892-4 for James Beale, a solicitor, and his wife and seven children. In the guidebook there's a lovely photo of the Beale family. Most photos from Victorian/Edwardian times have people stood about like pokers with big glum faces - the Beales actually look like fun people. Or Mafia people. One or the other: 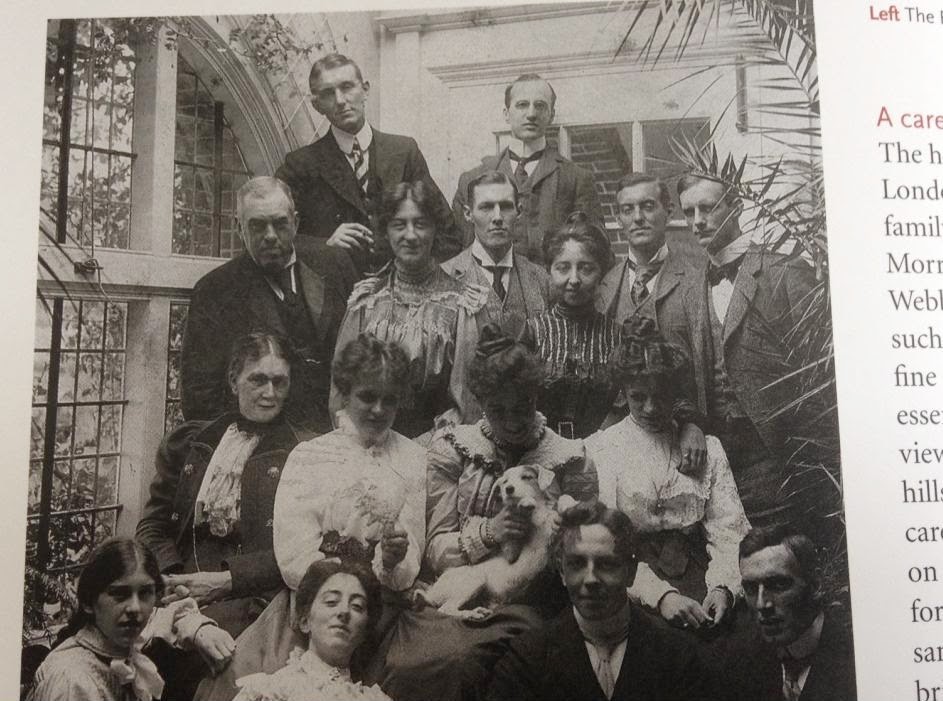 James Beale wanted Standen to be a family home, not a grand country house for entertaining and showing off. But it's an amazing building - it's very homely but it's also quite big. It's also clearly very modern for its time. The Dining Room, for example, has an alcove with dressers in it - it feels practical rather than ostentatious, as you find in so many other properties where rooms used by visitors were designed to impress.

In every room there are fabrics and wallpapers from William Morris, a cohort of Philip Webb and the main driving force behind the Arts and Crafts Movement. Webb was a founder member of Morris, Marshall, Faulkner & Co., the business set up by Morris and his friends to provide well-crafted furniture and furnishings to the Victorian middle-class. 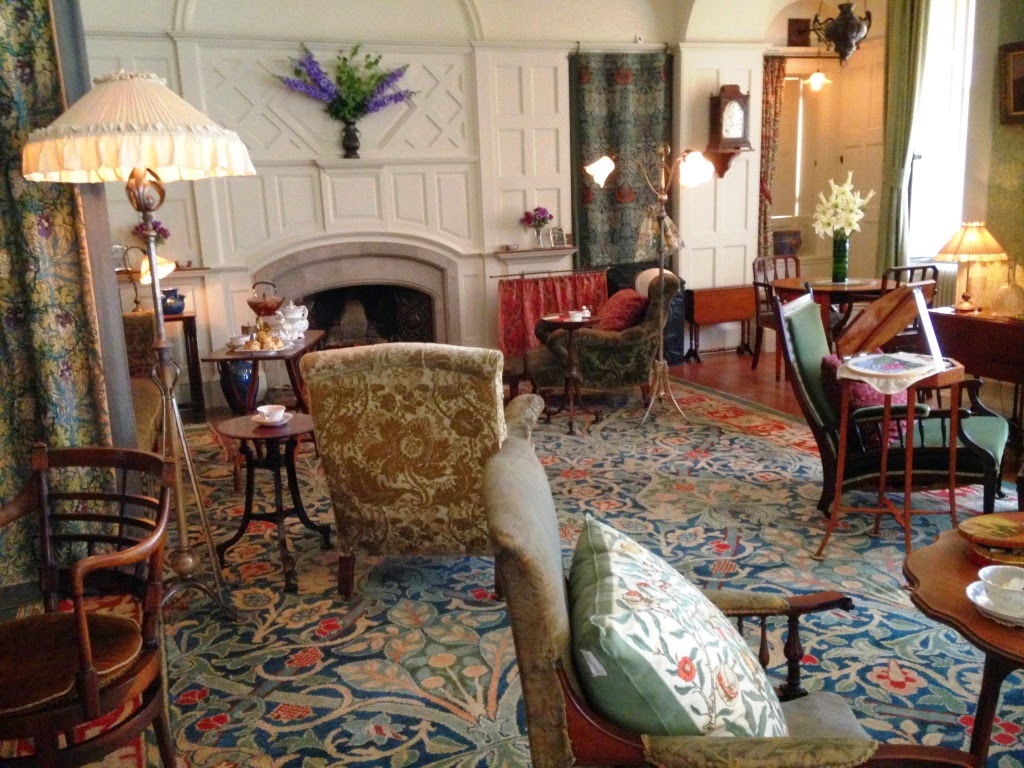 Webb himself was a fascinating man. He built very few public buildings, preferring to take on commissions for country houses and other properties where he could build a rapport with the owner and create something true to his vision.

The house was handed over to the National Trust in 1972 by Helen Beale, James's daughter. So what you see is essentially a home built and inhabited by one family.

James Beale's wife, Margaret, was a direct descendant of Oliver Cromwell and there's a picture of him in the hall (on some very pretty Arts and Crafts wallpaper). 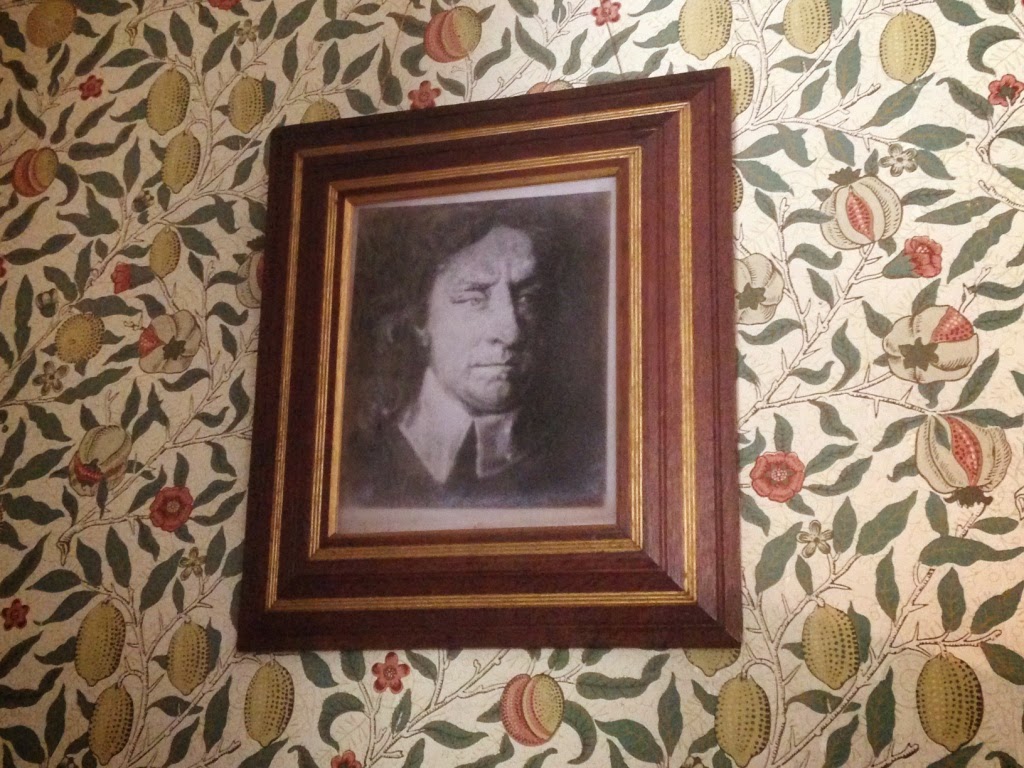 At one end of the National Trust Sconeometer™  are the scones known technically as the "massive hefty ones", a good example being Quarry Bank Mill.

At the other end of the Sconeometer, we find the light and fluffy species of scone. Until today, Claremont Landscape Garden was the world leader in fluffy National Trust scones.

But today, Claremont was gently wafted off its perch by a scone that we suspect has more in common genetically with a cloud than with other baked foodstuffs. It was unbelievable. It looked more like a soufflé and it had the texture of one too: 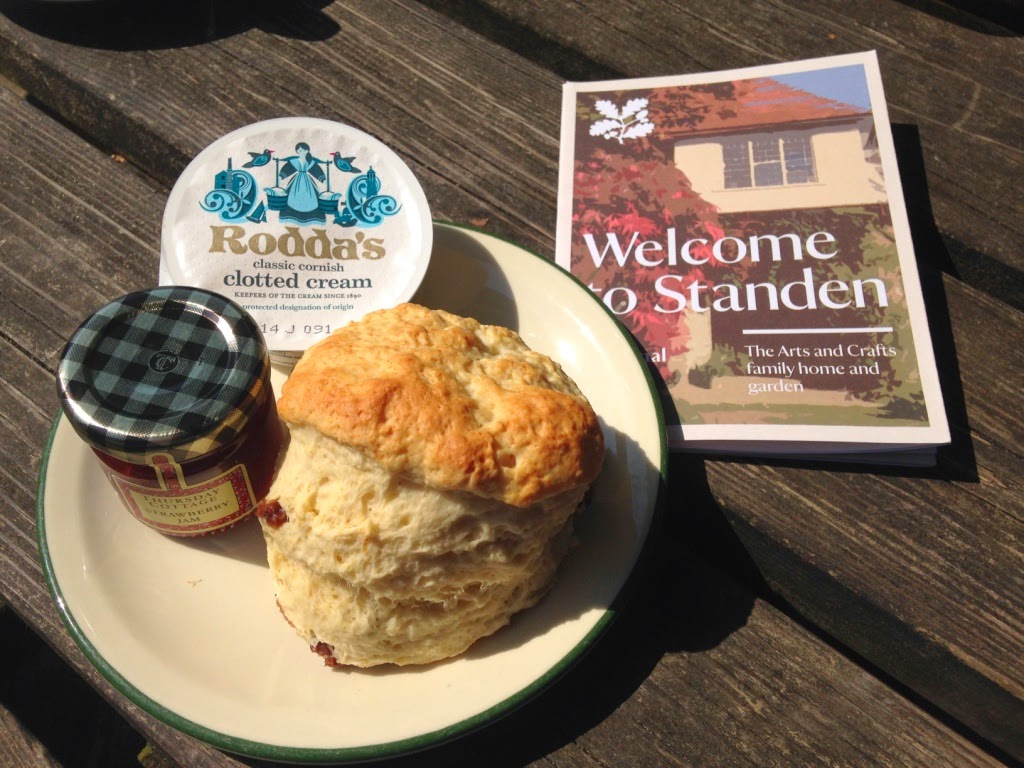 I usually have some sort of heated debate with the scone sidekick about whether a scone is worth top marks or not, but today it was an undisputed FIVE stars.

So that's now FOUR scones in a row winning the Scone D'Or. It's unheard of and it's frankly unnerving. Surely this glorious run of scones can't continue? Stay tuned, sconers - the final nail-biting visit for July takes place on Monday.

Standen: 5 out of 5
Scone: 5 out of 5
Lack of blobs of tissue stuck on sugar paper cut into the shape of Elizabeth I: 5 out of 5

Posted by National Trust Scones at 08:29