The word 'devil' makes a place sound really interesting, doesn't it? There are loads of towns that could benefit from this idea - Devil's Staines, or Slough of the Devil, to name just two locations of my own regular acquaintance.

Unfortunately the Devil had eaten all the scones today at Hindhead Commons and the Devil's Punch Bowl. 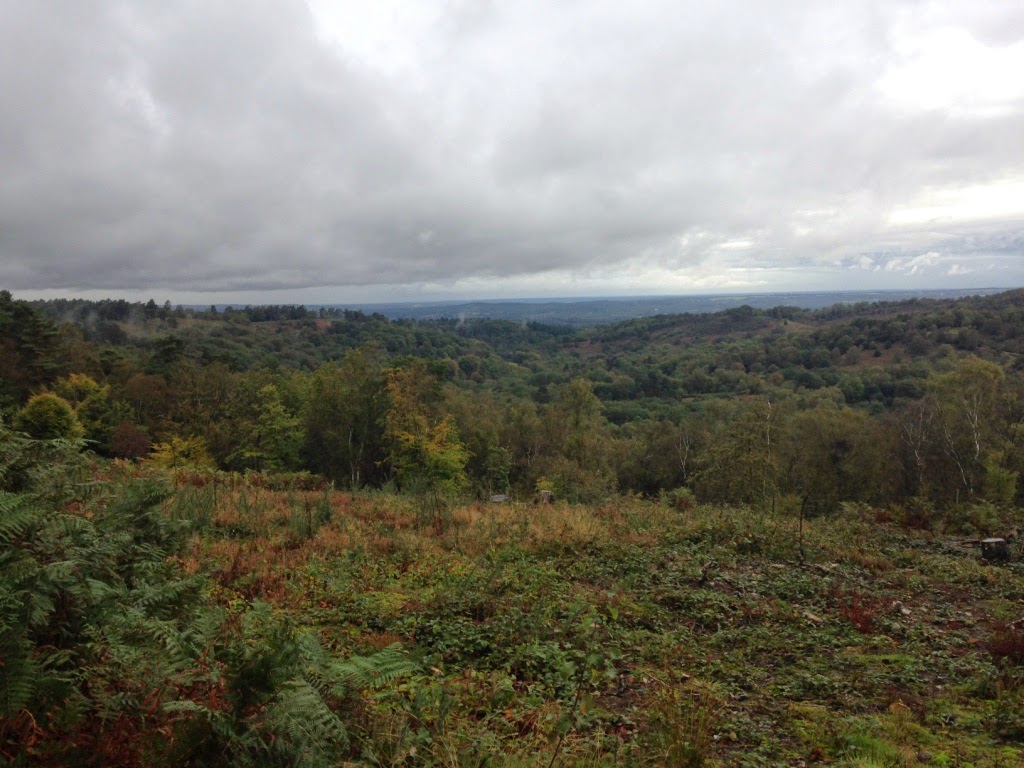 They had some in the oven, apparently. I could have waited for them but the place was mobbed full of cyclists, a bit like Box Hill, so it would have felt wrong to sit there hogging a table for 20 minutes, waiting. I settled for some Victoria sponge, which was lovely, and got over my disappointment.

The weather wasn't brilliant today either, but we wandered around anyway and learned three very interesting things:

1. How did the Devil's Punch Bowl get its name?
The Devil lived in Surrey at one point apparently, and he used to jump around the hills to annoy Thor, the god of thunder, who also lived nearby. Instead of getting an ASBO sorted out, Thor used to throw thunder and lightning at the Devil, who one day retaliated by scooping up a load of earth and throwing it at Thor. That scooped out bit became the Devil's Punch Bowl.

The alternative version is that when the mists gather over the depression it looks like a punch bowl. And it's quite big, so only something like a giant or the Devil could have created it. You can pick your favourite version.

2. Mist moves about in columns

I often berate my history teachers on this blog for failing to teach me much history. Today I turn my attention to my geography teachers, but in all honesty it's not them, it's me. I went into my first senior school geography lesson expecting capital cities, all ready with my Addis Ababa, only to discover that geography is actually about weather. Weather! And rock formations! I never really got over the shock and I can honestly say that I learned nothing in four years, which is terrible.

I'm telling you this because I was fascinated today to see the mist moving in wispy but very determined columns across the Punch Bowl. I was expecting a flat blanket sitting on top but instead there were spectral misty towers gliding into the trees, just like ghosts. It was quite something and made me sorry that I had spent all my Geography time writing on my pencil case. 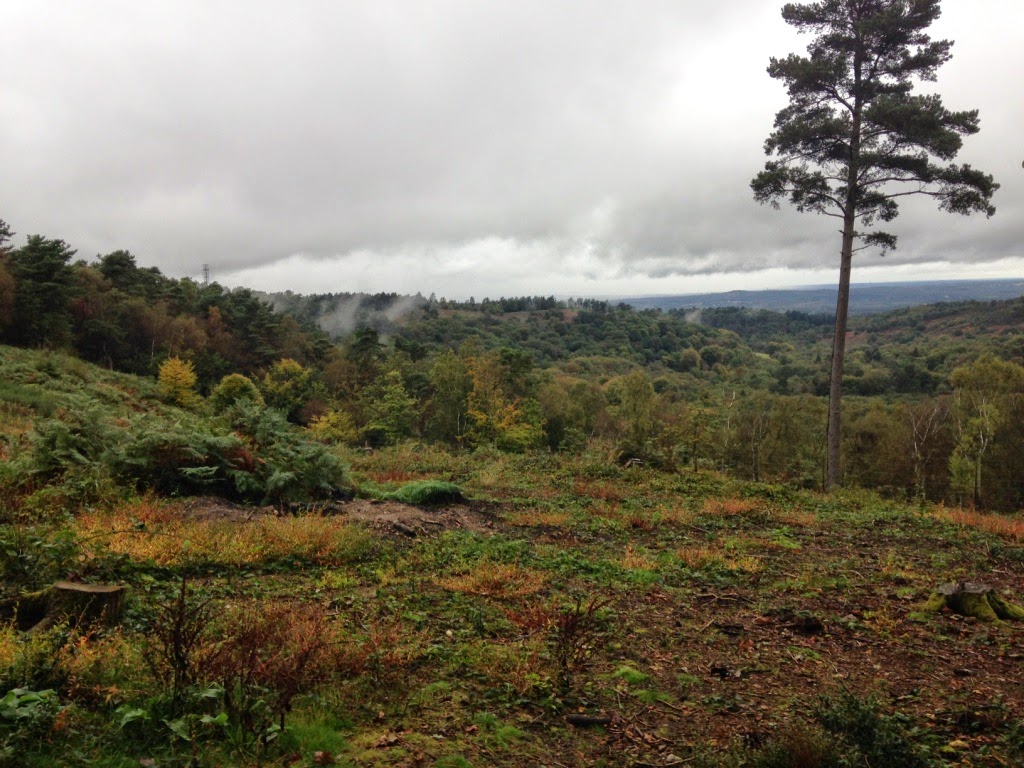 3. The history of the A3
The biggest surprise of the day, however, was this: 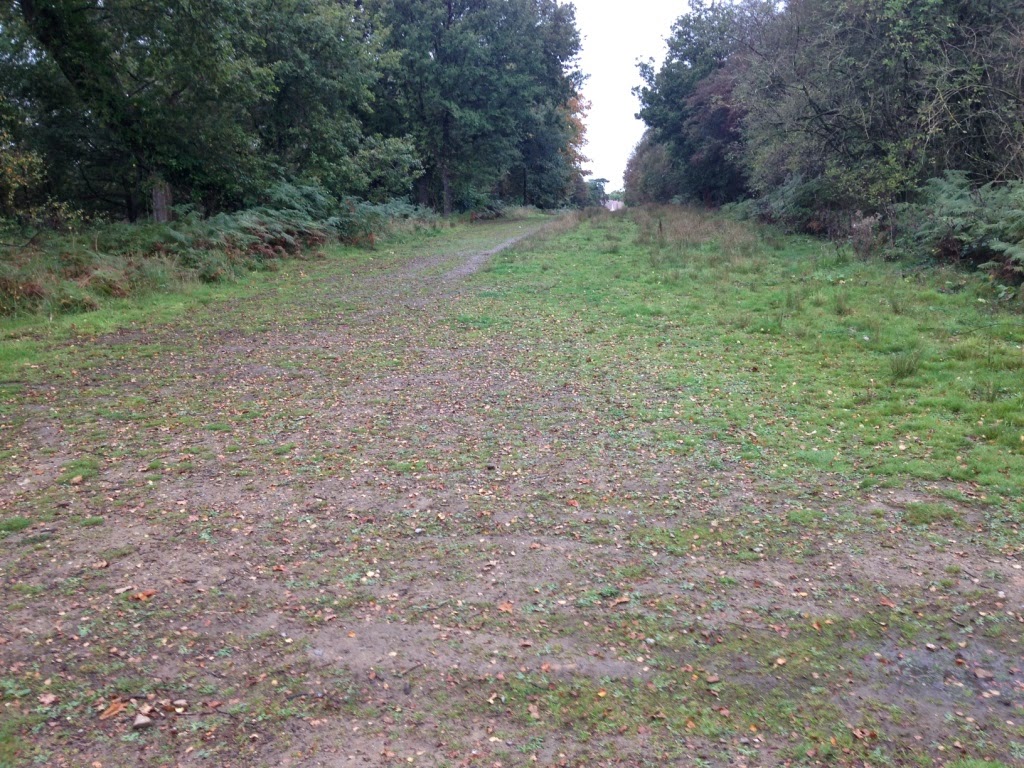 It looks like a fairly normal part of Hindhead Commons, right? Well, not exactly. This used to be the A3. Imagine three lanes of traffic crashing along here, before the Hindhead Tunnel was opened in 2011.

I loved the informative sign explaining the history of the A3 - how it used to be a favourite spot for highwaymen until it was rerouted to the area shown in the photo above in 1822. So it remained for 200 years before being closed off, and now it's being reclaimed by nature (and the National Trust).

I've been very fortunate over the past 14 months - out of 56 properties, I've only had five that failed to deliver any scones; Bath Assembly Rooms, Knole, Nuffield Place, Hughenden and now the Devil's Punch Bowl. A couple more didn't have any but hadn't promised them in the first place. That's not bad going. Onwards and upwards to our next destination.