I have never watched a single minute of Game of Thrones, but I am led to believe that it is a hugely successful TV series involving a load of bonkers families dying bizarre deaths and getting up to all sorts of scandalous shenanigans.

Now, let's think - who else do we know that has loads of bonkers families dying bizarre deaths and getting up to scandalous shenanigans...wait a minute, it's THE NATIONAL TRUST. If I was marketing director at the NT, I'd be camped outside the office of the commissioning editor at Netflix right now - when GoT finally ends with everybody getting eaten by dragons or whatever and the viewing public says "NOOOO! What will I do with my life?" they will be ready with the next TV sensation, and the NT will be RICH beyond their wildest dreams. Don't thank me, NT, it's fine.


And they would have PLENTY to choose from. I've come across some very rum families during my 146 visits to NT properties, but the Delavals of Seaton Delaval near Newcastle-upon-Tyne take the absolute Hob-nob. 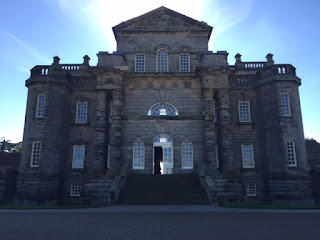 Here are my four favourite Delavals:

1. Francis Delaval
He was a right cad, basically. He was the rightful heir to Seaton Delaval when his dad died in 1752 but he had zero interest in running the place. He had moved to London aged 20 and fallen in with a bunch of dissolute actors. On his return to Seaton he seduced his cousin's young companion, a Betty Roach, but he soon got bored and returned to London. She followed him and had two illegitimate children with him, Francis and Frances  - clearly she was taking no chances on everyone knowing who their dad was.

His dissolute actor friend, Samuel Foote, then persuaded him to marry a rich but senile 60 year-old called Isabella. They staged an elaborate ruse involving a fortune teller to get her to fall for Francis, which worked, but it turned out that she only had £24,000 and not £100,000.

He then managed to become an MP - he fired a cannon filled with 500 golden guineas across the town square in Andover so people would vote for him (it worked). He also became great friends with Prince Edward, brother of George III, but got bored of his social circle and joined the army for about five minutes (long enough for an act of reckless heroism that got him knighted). He returned to the theatrical world and fell in love with an actress called Ann Catley. Her father sued him for debauching her and it went to court - Francis lost but Ann left the court with him instead of her livid dad (she was also very pregnant).

Unsurprisingly, Francis ended up massively in debt. When Prince Edward died, Francis took it very badly and he collapsed and died after a huge meal in 1771 aged just 44. 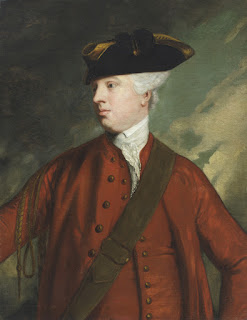 2. John Delaval
Francis's brother was the Bobby Ewing of the family - he basically sorted everything out for everyone, while his big brother caused chaos. John did love his theatrics, though. When Francis built a bedroom at Seaton where the bed could be lowered into a tank of cold water, thus soaking the poor unsuspecting guest that was in it, it was John and another brother, Thomas, who engineered it.

But even John had his moments. His wife died in 1783, when he was 60, and he took up with an Elizabeth Hicks, who was barely a teenager, AND a Susanna Knight. The ménage a trois continued for a while until Elizabeth did the decent thing and died of consumption, so he married Susanna. He died in 1808 without an heir.

3. Jack Delaval
Jack was John's son, but he died before John in very bizarre circumstances. He liked molesting servant girls and while visiting some springs to cure an illness, he tried it on with a maid who kicked him in the crotch and he died of his injuries. I am not making this up - I copied that almost word for word from the book.

4. Sarah Delaval
John's favourite daughter was a daredevil as a youngster, riding horses nobody else would touch and so on - you know what's coming. At 16, she caught the eye of Frederick, second son of George III, so her dad married her off pronto to the Earl of Tyrconnel to avoid any shenanigans.

Seven years later, Fred returned from the army and within three months he was having an affair with Sarah. The Earl of Tyrconnel turned a blind eye apparently. Frederick was eventually married off to some poor Prussian, but the Delavals had continued to put on plays after Francis's demise and Sarah acted in one, catching the eye of Lord Strathmore from nearby Gibside. Within weeks they were an item and the Earl was turning another blind eye. But Sarah became ill and died aged just 37.

And if you needed a gob-smacking postscript to that: Lord Strathmore was said to be absolutely devastated by Sarah's death, but he soon took up with a replacement: Sarah's 19 year old daughter, Susan. You couldn't make it up. 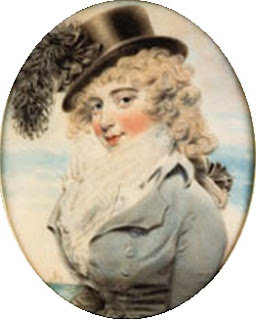 So I REST MY CASE that the NT is full of debauched dynasties that would make a blockbuster of a TV show. AND they helpfully overlap - just go and read my Gibside blog post if you want proof of that.

ANYWAY. I learned all of this from a book called The Delavals: A Family History. As book titles go, it's not the most exciting, but it belies the contents. I recommend it.

But let's move on to the Seaton Delaval house itself, as that's a whole other story. It's a fascinating place, although it actually made me very sad. 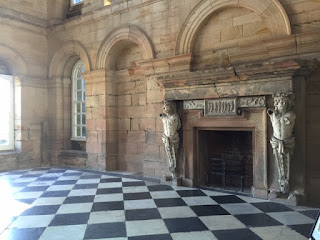 It made me feel sad for two reasons; firstly, the central wing had clearly been hugely impressive in its heyday when Delavals were marauding through it, and now it looks so empty and abandoned. 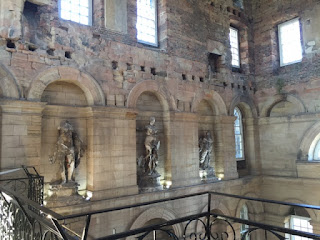 But secondly, the Astleys did eventually come and live at Seaton Delaval. Edward Astley and his wife lived in the West Wing of the house until their deaths in 2007. I would hate to live in a building that was half burnt out and full of bats (I don't actually know if it was full of bats, I'm just guessing), even if the other half was bat-free and perfectly comfortable: 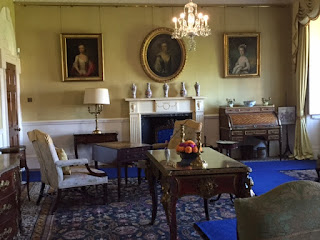 One thing Seaton Delaval does have is fantastic room guides. Some properties are just very lucky with having brilliant people to tell their stories - Nostell Priory and Tredegar are two others - and Seaton has several great volunteers.

The Seaton Delaval scone
We were the first visitors into the tea room on the day we visited and I had a moment of panic when I couldn't see any scones. But we found some and I ate mine out in the sunshine - I don't think it was home-made but it was tasty and I enjoyed it. 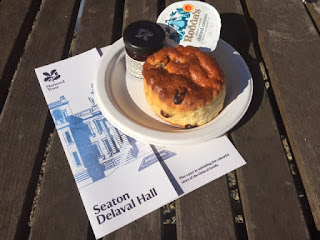 I shall end by offering my consultancy services to the NT in getting Games of Scones commissioned. In return, I will want a short but very good part - maybe Dame Mary Bankes defending Corfe Castle from the Roundheads, or Queen Ælfthryth arranging the murder of her stepson at Corfe. I will also insist on cameos for all the Sconepals, so start thinking about which part you would want. There could be a BAFTA in it.

Seaton Delaval: 5 out of 5
Scone: 3.5 out of 5
Entertainment value of the Delavals: 5 out of 5 and surely worthy of a few Emmys/Baftas
Posted by National Trust Scones at 22:18