It was never going to work out between me and Wallington. I knew we were doomed from the minute I realised it had once been the home of Charles Edward Trevelyan, the Trevelyan mentioned in the Irish folk song, The Fields of Athenry.

But before I get on to that, I'm going to start by focusing on Wallington itself, because it's a lovely house. 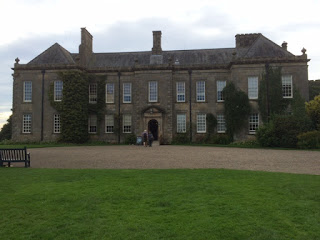 Here are a few factoids:


The Central Hall is very impressive - it was built in 1853 by covering the original open courtyard that the house was built around. The walls are covered in paintings of Northumbrian history, including Bede, Grace Darling, St Cuthbert (of Lindisfarne fame), the Vikings, and Alan Shearer (I might be joking about the last one). 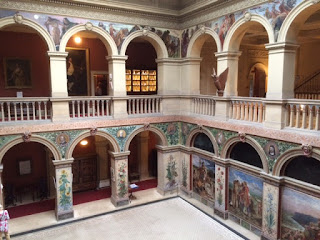 The Drawing Room gives you an example of the warmth of the house - it felt quite homely: 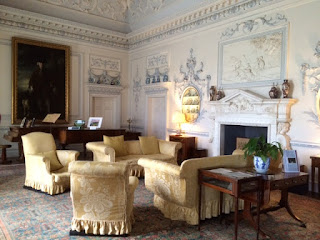 But let me come back to Charles Edward Trevelyan. He inherited Wallington in 1879. It was left to him by his cousin, Sir Walter Calverley Trevelyan - Sir Walter was close to Charles' son, George Otto Trevelyan, and that's who Walter had in mind as his eventual successor.

I was doing my usual quick read-up on Wikipedia before I went to Wallington when I noticed this paragraph about Charles Edward:

Trevelyan is referred to in the modern Irish folk song "The Fields of Athenry" about the Great Irish Famine: "Michael, they have taken you away / for you stole Trevelyan's corn / so the young might see the morn / now a prison ship lies waiting in the bay." Because of Trevelyan's policies, the Irish consider him one of the most detested figures in their history, along with Oliver Cromwell, who conquered the country in the 17th century.

I was stunned. I'm half-Irish and although I'm normally pragmatic about history and our incapacity to change the past, I knew that this visit would be different - it was potentially the answer to the question of why 25% of the Irish population had either died or emigrated between 1846 and 1850.

So I bought the book A Very British Family: The Trevelyans and Their World to get myself fully up to speed. It was written by BBC journalist Laura Trevelyan, the great-great-great granddaughter of CET himself. And now I can tell you about him:
Nearly all of the above comes from Laura Trevelyan's book. She argues that Charles Edward has been personally vilified to an unfair extent and that he cared a lot more than is apparent from some of his more heartless letters, but even so - even she admits that at best he was guilty of a laissez-faire attitude, prevalent among the entire governing class, that people should be self-reliant, when those people had absolutely nothing to rely on.

By the way, you won't find any of this in the Wallington guide book. It says; "He visited Ireland and showed great sympathy for the starving, organising relief...with total integrity. He has been attacked, not always justly, for not having done more to help the victims of the Famine." So make your own mind up about that.

Anyway. The man who believed in people standing on their own two feet, who fought against nepotism in the civil service, ended up returning to India where he conveniently forgot all of his principles and got his son a job as his secretary.

I really do recommend Laura's book, by the way. It's very well written and covers how the other Trevelyans that followed CET were an interesting bunch that occasionally shared his hypocrisy. His grandson, Charles Phillips Trevelyan, decided that Wallington belonged in public ownership and handed it over to the National Trust - but not until he was dead. He continued to live the landed life and decided that his children would be the ones to make the sacrifice. He also had an affair with his secretary and fathered a child with her when he was 72, utterly humiliating his poor wife.

But here's something I love about the Trevelyans; I absolutely love their coat of arms. It's basically a horse having a fabulous time at the seaside:

And I'll tell you something else I loved - THE WALLINGTON SCONE. This was our fourth NT scone of the day, following George Stephenson's Birthplace, Seaton Delaval, and Washington Old Hall, and it was the best one by far. It was light and tasty and well worth battling a few wasps. 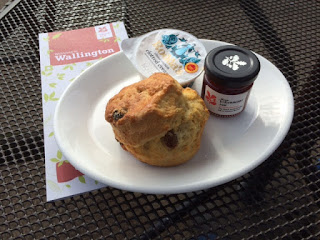 So I recommend Wallington, for its scone and its friendly staff, and I recommend Laura Trevelyan's book as well - it's a fascinating and very honest insight.