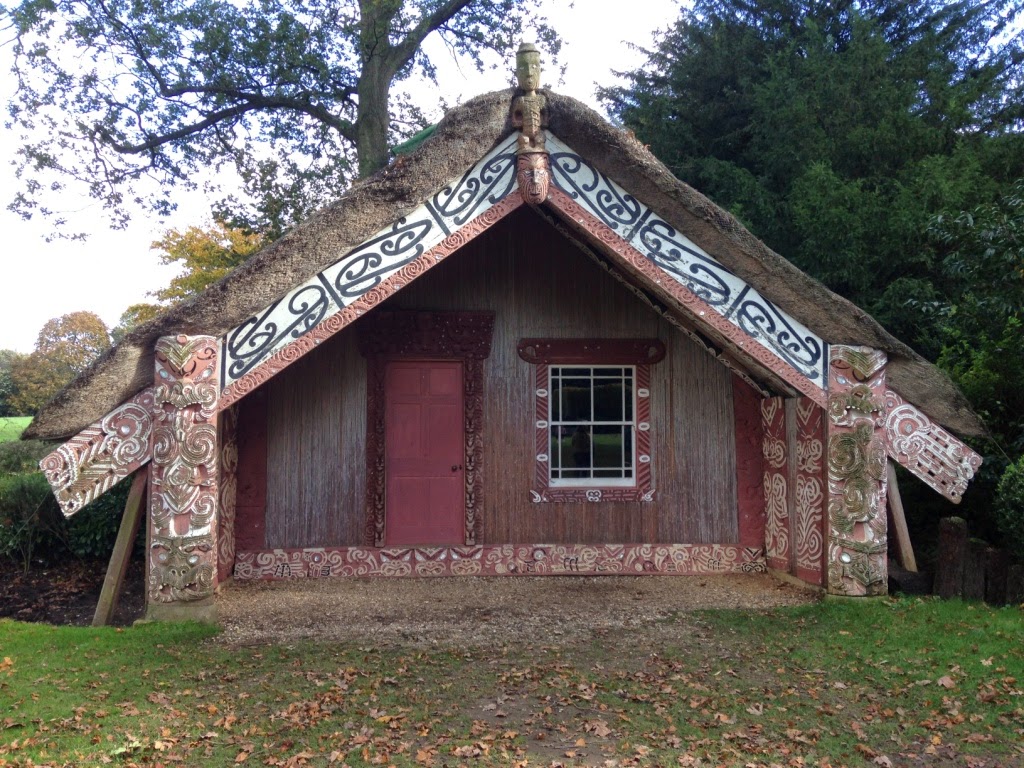 Maoris were the subject of a TV series that I loved as a child in the 1980s called Children of Fire Mountain. It was slightly misleading, in that it convinced me that all children in New Zealand lived on the edge of an exploding volcano and dressed like mini-Edwardians. Imagine my surprise when I met my first Kiwi and she wasn't covered in soot. 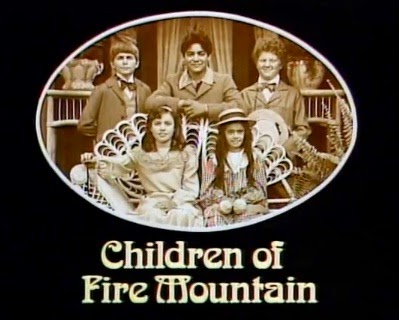 Anyway, the Maori meeting house is called Hinemihi. It originally stood in the shadow of the Mount Tarawera volcano near Rotorua on North Island. It was built in 1881 to act as a traditional meeting place for the Maori community, but also to welcome tourists that were attracted by the thermal spas in the area. In 1886, Tarawera erupted and Hinemihi was one of only two buildings in the town that survived. (Funnily enough, the storyline of COFM involved a tourist spa being built on Maori land before a volcano destroys it all.)

Hinemihi was brought to Clandon in 1892. The 4th Lord Onslow was Governor of New Zealand and wanted to bring a meeting house back home to the UK when his term in office ended. It has remained here ever since, with some new carvings being added in 1995 - the carvings were done by descendants of the original builders, using trees from Tarawera, and were presented to the National Trust for its centenary.

Clandon House itself looks a bit like a doll's house: 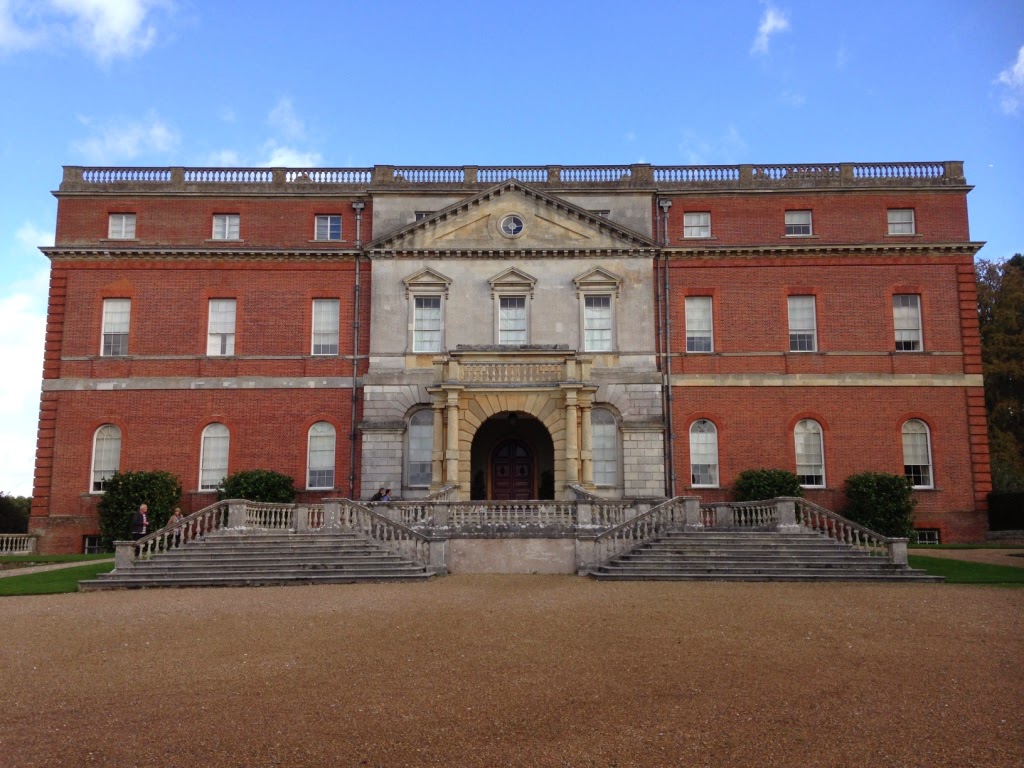 It was built during the 1720s by Thomas, 2nd Lord Onslow, with the help of architect Giacomo Leoni, who was a big fan of the Palladian style.

The Onslows are one of those families that you could write a mini-series about - they had been involved in court business and politics for centuries. Clandon House was built to mark their growing influence and importance, and it acted as a place for entertaining and general showing off. The Onslows still live at Clandon, in a house in the park.

During the First World War, Clandon was used as a military hospital. One of the rooms was used as an operating theatre and it has been restored to give you an idea of what it was like. The thought of the pain caused during the 700+ operations carried out in there made me shudder but it's a good idea.

Clandon Park scones
There's a very nice tea-room with friendly staff at Clandon. The scones were dinky little things, with a choice of plain or fruit. I don't think they were fresh but they were very tasty indeed: 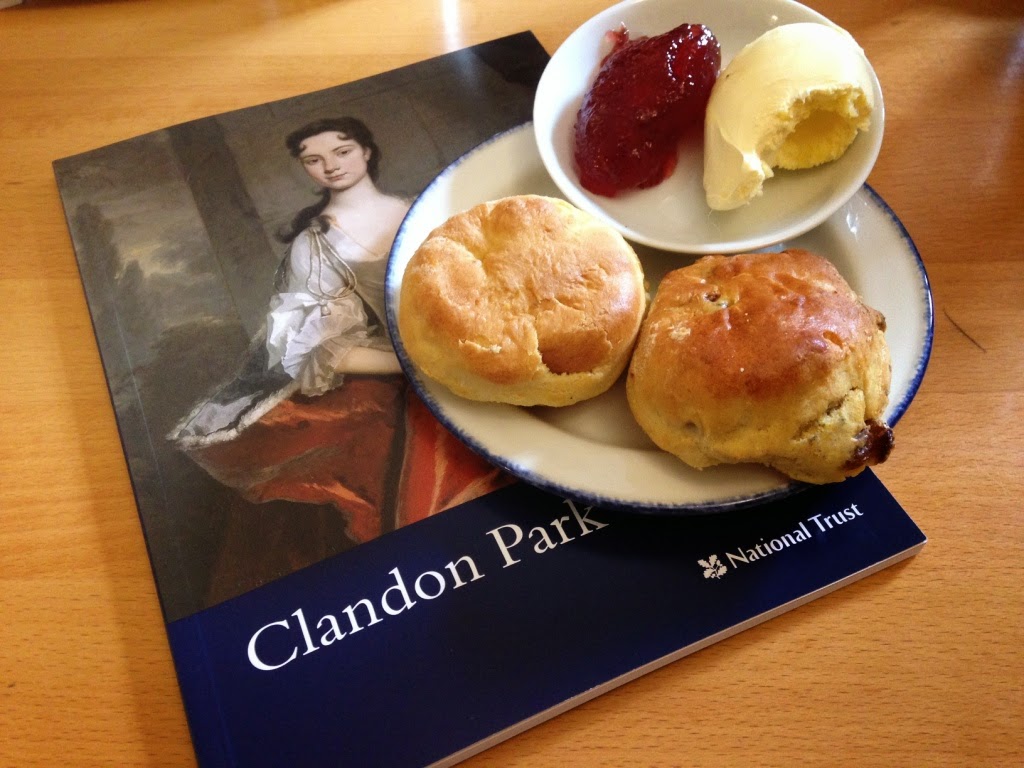 Posted by National Trust Scones at 08:38