I'm going to admit something bad: I sometimes visit National Trust properties just because I like their names.

Even worse, I have been known to overlook properties because I DON'T like their names. I know. Feel free to stop reading.

Anyway, I'm ashamed to say that I overlooked Ickworth for quite a while. And then I was looking for somewhere to go in Suffolk, on the basis that my most successful scone missions to date have been at Flatford and Dunwich Heath and therefore Suffolk must be the Mecca of scones, and up popped Ickworth. I started reading about it and within five minutes I was shouting "HOLY MOLY! Start the Sconemobile!" 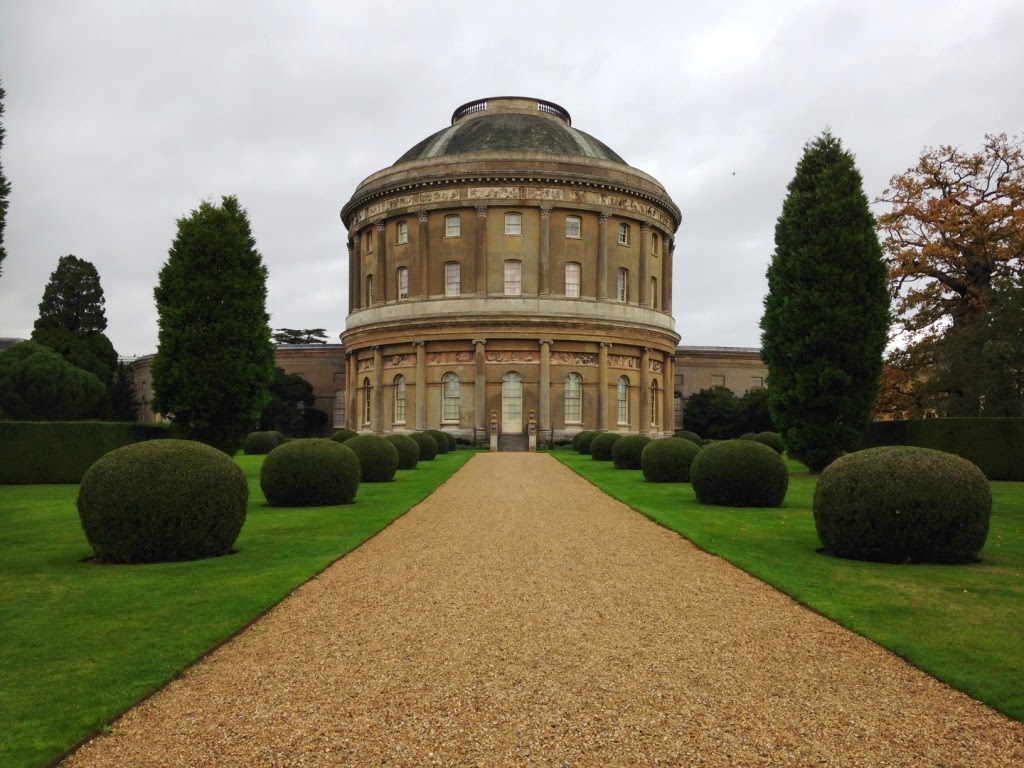 I don't even know where to start with the factoids. OK, as we're being open about my shallowness, let's begin with the dirt:

1. Bess Foster lived there
Elizabeth Hervey Foster Cavendish is probably best known for being part of the scandalous menage-a-trois that she formed with the Duke and Duchess of Devonshire (as played by Keira Knightley in the film The Duchess). Bess was the daughter of the Earl-Bishop who built the house at Ickworth and she lived there with her first husband before allegedly having an affair with a servant and ending up divorced and disgraced and in Bath where she made things even worse after befriending Georgiana. Luckily for her, Georgiana died and Bess married the Duke. There's a portrait of Bess in the Drawing Room: 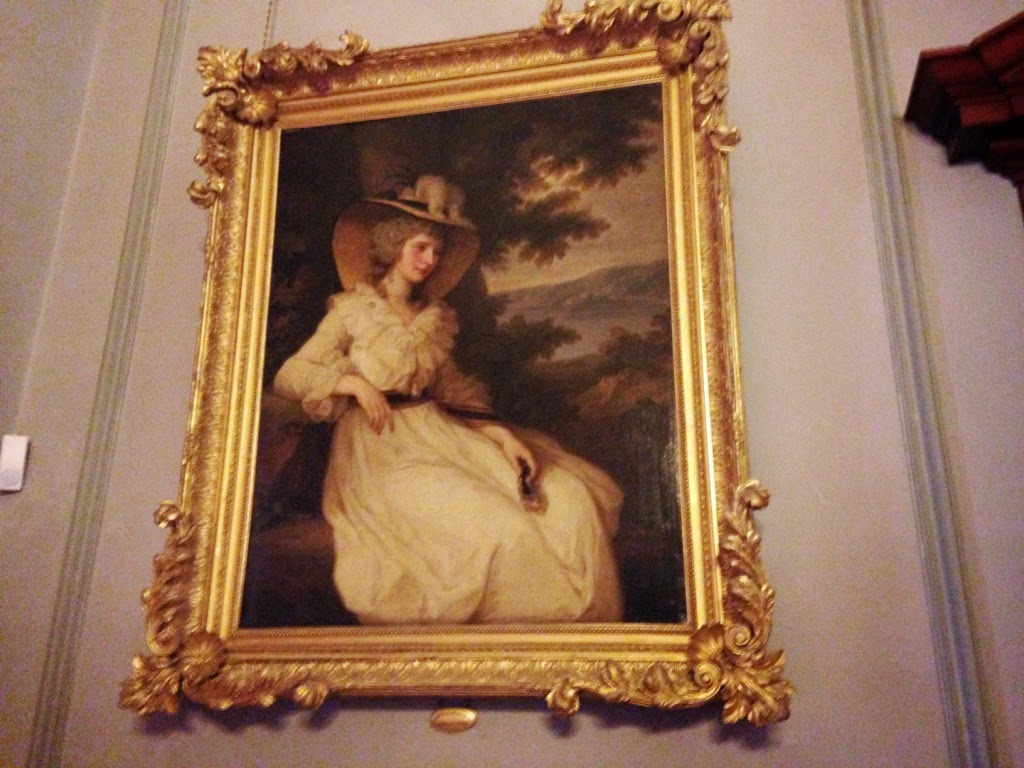 2. Ickworth has been inhabited by scandalous Herveys for 600 years
Bess wasn't the only Hervey with a "colourful private life", as the guidebook puts it. The Herveys (pronounced Harvey) took ownership of Ickworth in the mid 15th century, through marriage. They were very influential at court down the years, but they were also total scandal magnets. Mary Wortley Montagu is famously quoted as saying that there were three human species: "Men, Women, and Herveys".

3. Ickworth House was built by an Earl who was also a bishop
The Earl-Bishop, as he was known, was the younger grandson of the 1st Earl of Bristol. He didn't expect to inherit so he wangled himself a bishopric in Derry. He doesn't sound terribly well suited to ecclesiastical life, to be honest - he preferred careering round Europe collecting works of art to doing sermons. Factoid of the Day: he is the reason that you will often find a Hotel Bristol in so many towns on the Continent, as our good friend was frequently seen in those parts, bouncing along in his carriage looking for art, like some sort of 18th century Charles Saatchi. He became the 4th Earl and built Ickworth as we see it today - he loved round buildings and had already built himself a fine one in Ballyscullion, which he then used as a basis for Ickworth. 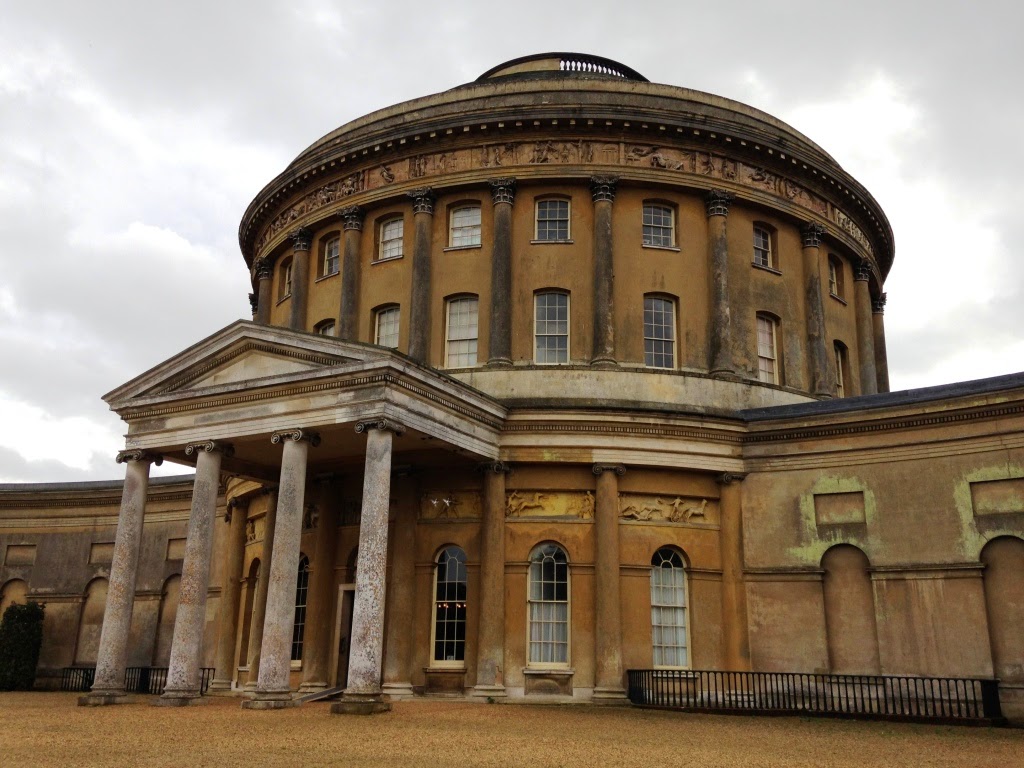 4. The 7th Marquess didn't like the National Trust and flew his helicopter at them
My taxi driver told me about the man who lived at Ickworth: "He did loads of drugs and threw wild parties and wasted all his millions. A friend of mine once had to pick him up when his helicopter ran out of fuel." I thought to myself: 'I bet they don't tell you THAT in the National Trust guidebook' but I was WRONG because they DO. After the 4th Marquess of Bristol restored Ickworth (thanks to his marriage with a wealthy heiress called Theodora) it all went downhill and the National Trust spares no detail in the guidebook - the 6th Marquess, Victor Hervey, was a playboy in the 1960s who ended up in prison for taking part in an armed robbery. Ickworth was owned by the National Trust by the time Victor moved in, with an agreement that the Herveys could continue to reside there. His son, who became the 7th Marquess in 1985, also did time, for possession of drugs. He loved Ickworth and resented the National Trust's presence, so would hover his helicopter over the upper storey of the Rotunda where the NT custodian lived. He ended up having to sell loads of family stuff to the Trust when his millons ran out and he died when he was just 44.

So there you have it. And I haven't even mentioned the 3rd Earl, who secretly married an Elizabeth Chudleigh who then went on to enjoy a bigamous marriage with the Duke of Kingston, which caused - guess what - an almighty scandal. Say what you like, you certainly got your money's worth with the Herveys.

The problem with all of this is that I haven't even mentioned Ickworth itself. It is STUPENDOUS. The house is formed of a Rotunda with two enormous wings curving round either side. It looks more like an art gallery and that's exactly what the Earl-Bishop intended - he wanted it to be a showcase for his art collection, which unfortunately was confiscated by Napoleon before he could get it back to England. 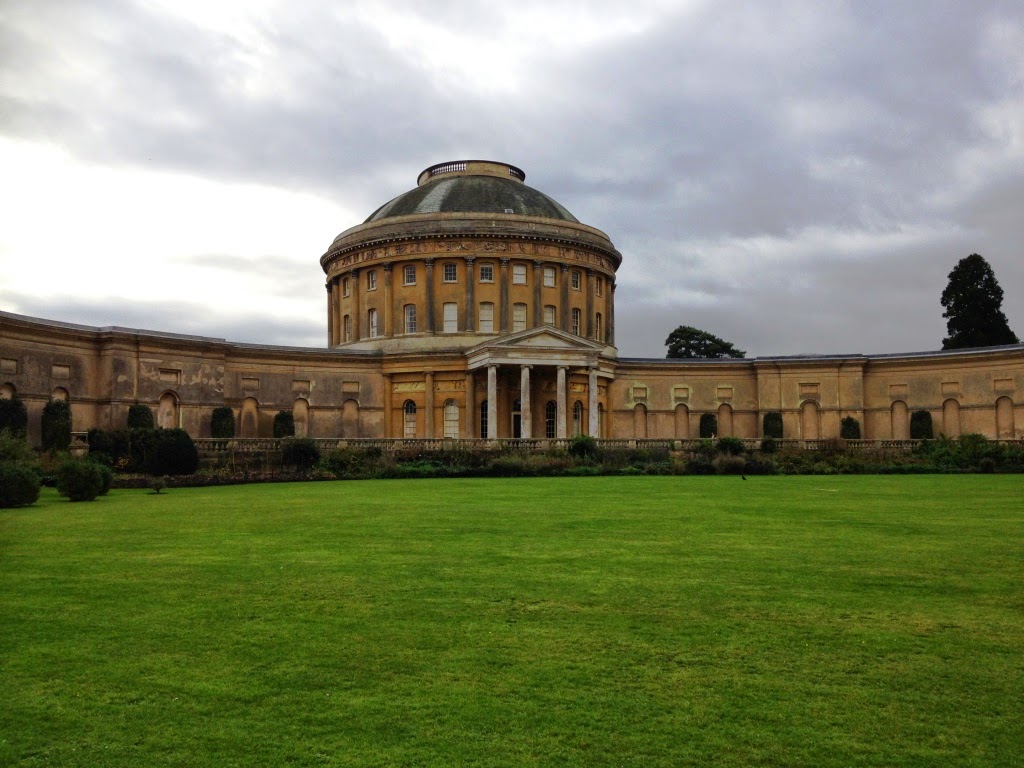 The whole place is extremely impressive, with huge rooms. I can't recommend it highly enough. The East Wing is now The Ickworth Hotel and I will definitely be checking THAT out at some point (pointed look at Scone Sidekick). 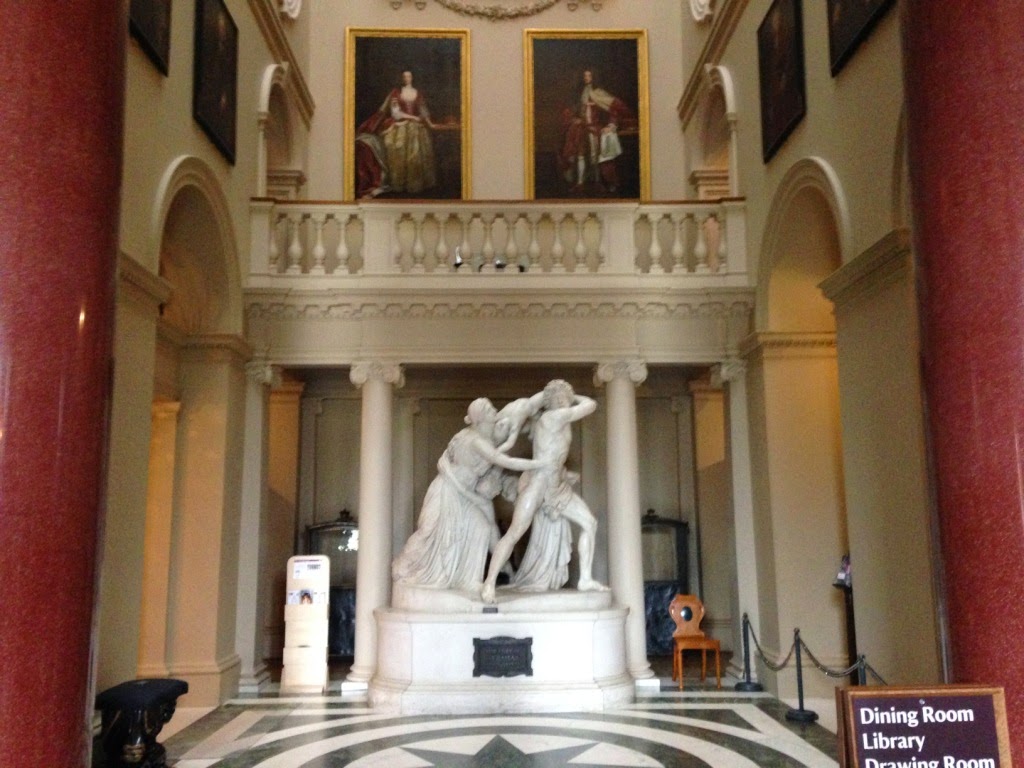 Ickworth undoubtedly wins the award for nicest house volunteers. I've mentioned before that going to properties on your own can sometimes be a bit of an uncomfortable experience (the Scone Sidekick didn't have the day off like me) but at Ickworth it was the total opposite - I had more time to chat and the guides were absolutely lovely, every one of them.

The Ickworth scone
And what about the scones? Ickworth has a lovely swanky restaurant, complete with table service. I did have to wait quite a long time to actually get served, but never mind - I am not going to turn into one of those Tripadvisor reviewers that gives a place a TERRIBLE rating "because it was raining". I got served in the end and that's the main thing.

The scone itself was fresher than a daisy with a new chat-up line - the texture was perfect in every way. I'd had a choice of plain or fruit and there was plentiful fruit in mine. It was a great scone, so bravo to the Ickworth scone maker. 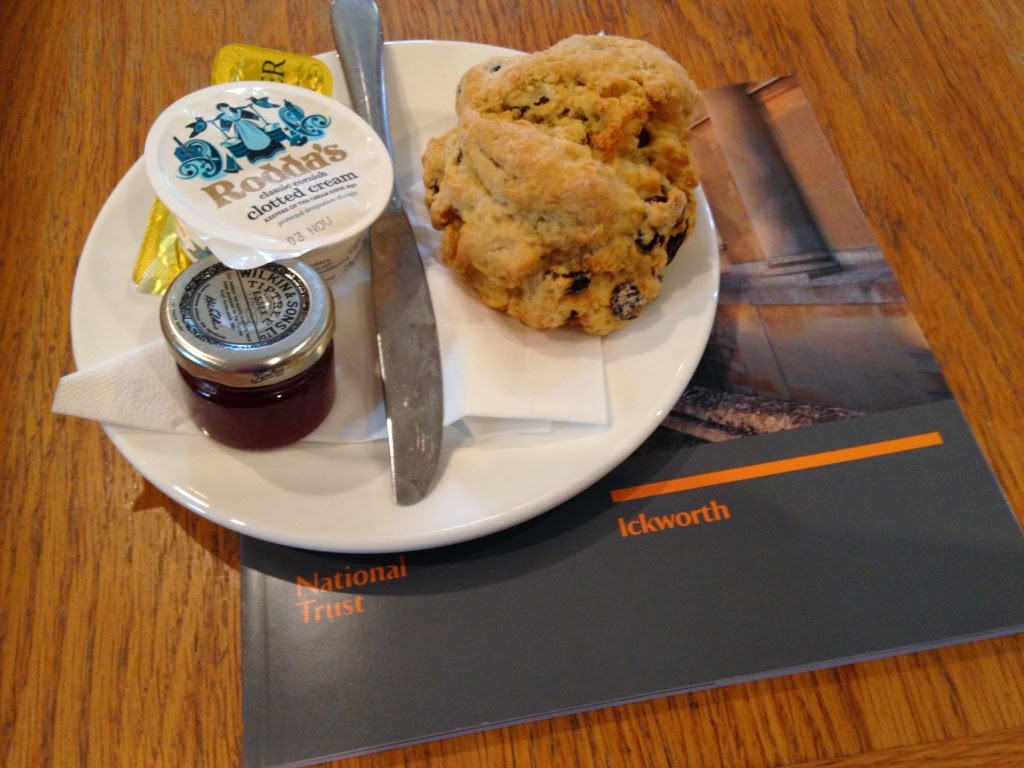 My trip to Ickworth was the 59th stop on my National Trust Scone Odyssey and it was a watershed moment, because I have now visited every National Trust property that begins with an i. To be fair there are only two of them - Ightham Mote is the other - but it's still an achievement. I'll just have to hope that the Trust doesn't buy Iceland or an igloo before the Scone Odyssey is complete (and you never know with the National Trust).