The Scone Sidekick has a workmate who lives in Slough. A few years ago, this workmate went on holiday for a week, travelling 100 miles or so down to Dorset. While he was there, he decided to go on one of those magical mystery coach tour things. Don't ask me why - I for one have never found that there is anything remotely magical about getting on a coach, never mind getting on a coach when you don't know where it's going. But each to their own. Anyway - Scone Sidekick Workmate ended up on a magical mystery tour that took him to Windsor Castle for the day, which is all very lovely but it's roughly 2 miles from his house in Slough.

This tale has a very tenuous link with my visit to Beningbrough Hall near York today. 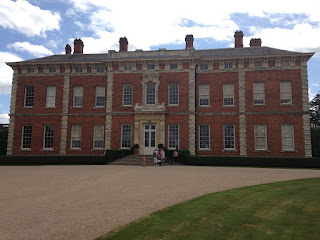 Beningbrough's claim to fame is its partnership with the National Portrait Gallery, which means that the NPG regularly lends Beningbrough works of art to display on their extensive walls. This is an undoubtedly brilliant idea and very wonderful for Beningbrough and the people of York, who get to share some of the nation's artworks without having to schlep down to London. However, I work near the National Portrait Gallery and can access their entire collection every day of my life - my favourite picture is the one of Bobby Charlton.

So I swallowed my 'I could see this anytime' snobbery and had a very lovely time looking round Beningbrough Hall.


The art
Beningbrough has my most favourite thing in the world: an audio guide. It provided a lot of background about the rooms and the art that you can see throughout the house.

I realised pretty quickly that the partnership with the National Portrait Gallery isn't just a random 'what can we send them this week?' affair. Many of the artworks on display are in keeping with the history of the house.

For example, the pictures you see below belong to a set of celebrated portraits painted by Sir Godfrey Kneller. Each portrait is of a member of the Kit-Cat Club, an influential group formed in the late 17th century by supporters of the Whig party. There are around 40 of these portraits and half of them are at Beningbrough: 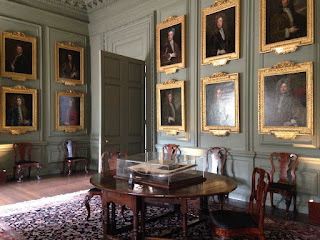 The exhibition running at the moment is of the Royal Family. In the Great Hall there's an enormous portrait of five generations of royal people with Prince William in the foreground: 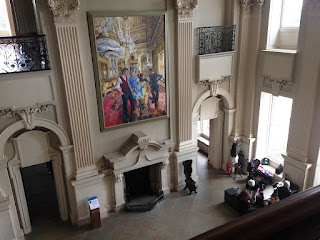 In the Saloon, modern and traditional art is mixed together: 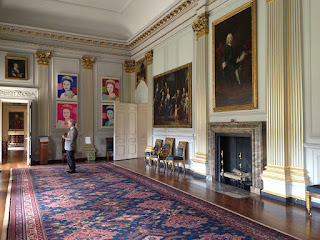 My favourite piece of art, however, was in Lady Chesterfield's bedroom. Right next to the bed is a picture of Margaret Woffington, the Irish actress, from the 1700s. It stopped me in my tracks because it shows her lying in bed looking very sick - and it turns out that she had indeed collapsed and was paralysed. Not the most cheery of pictures to have in your bedroom, it must be said. 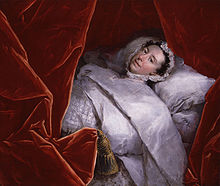 The scones
Beningbrough was the 89th stop on the National Trust Scone Odyssey and the third property I had visited in York. I had had one of the greatest National Trust scones of all time at Treasurers House back in November - when most people hear Nat King Cole singing Unforgettable, they think of their husband or wife; I think of the Christmas Pudding Scone at Treasurers House - and today I also fitted in a trip to Goddards, home of Noel Terry of Chocolate Orange fame. The Goddards scone was fantastic too. Could Beningbrough secure the hat-trick for York?

Well, yes it could and yes it did. The Beningbrough scone was delicious. It was fresh and soft inside, with a slightly crunchy exterior. It was the perfect size too. A triumph. 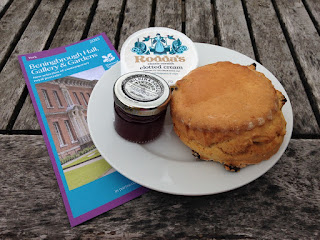 I've been thinking and I may have been a little hasty in my dismissal of magical mystery coach tours. This could be a real money spinner for the Scone Blogger. I could buy myself a bus and run mystery scone trips to National Trust properties. You're all invited but can I advise you to only come on the National Trust Mystery Scone Tour once, as I am famously bad at directions and so I will probably just keep going back to the same place every week and hope nobody notices. Thank you all!