I visited Sizergh Castle as part of my holiday to the Lake District. The ‘castle’ (which is actually more like a stately home) is situated just south of Kendal in the South Lakes. All National Trust Properties are interesting but Sizergh Castle is especially interesting as it has been lived in by the Strickland family since 1239!

The castle is very impressive. It is very large and it took us around an hour and a half to look round all of it! The castle is home to a number of fantastic Jacobean portraits of the Strickland family as well as a large collection of Australian artefacts, such as a taxidermied platypus and boomerangs which belonged to a Strickland who was also a mayor in Tanzania in Victorian times.

As well as the magnificent house, the grounds of Sizergh Castle are stunning. The castle has the largest rockery owned by the National Trust which is full of colour and beautiful! It was also a very fun place to climb! The vegetable garden was also fantastic. There were some fantastic flowers grown as well as a wide collection of vegetables, including onions much larger than tennis balls! The grounds also had a family of chickens and two hives of buzzy bees! There are also many fantastic walks that you are able to do around the castle and you can visit the bird hide!

Also on the day we went it was Royals and Roundheads weekend. This was really exciting as we got to witness a battle re-enactment including some very loud musketeers! There was also lots of music and food from the time and you could take part in other Roundhead and Royalist activities, such as looking at the armoury. There was also loads of information about the castle in the civil war as the Stricklands supported the monarchy, however many around them didn’t!

Anyway on to the scones! Sizergh Castle has a lovely café. It looks quite new, like the shop, and has a wide range of sandwiches and hot meals as well as cakes you can choose. However, it was the scones I was most attracted to! The scone I ate was lovely. It was fresh and fluffy and had a light consistency. It tasted delicious too! However, my only complaint would be that for a fruit scone there wasn’t much fruit inside! 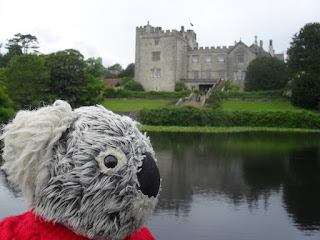 Posted by National Trust Scones at 02:56