I've wanted to visit Packwood for a while. Back in June we went to Baddesley Clinton, which is just down the road. The taxi driver that picked us up after our visit to Baddesley asked if we'd also been to Packwood. I said no. "Oh it's LOVELY!" he said. "We've got ten minutes before your train, I'll take you down there and show you." And so like one of those gameshow contestants that has to look at the speedboat they didn't win, we ended up driving past Packwood so we could see it. 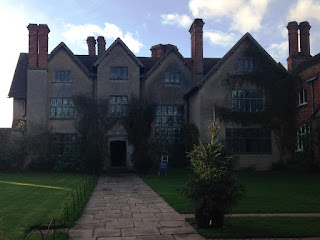 Today I had the choice of either buying Christmas gifts for my loved ones or fitting in one last scone before the end of the year. Naturally, I chose the scone. And I'm very glad I did, because Packwood is lovely and I would happily take it off the Trust's hands tomorrow if they wanted to sell it to me for £50. Here are some of the things I learned today:

1. It's a brilliant idea to call your son Baron
Packwood was given to the National Trust by Graham Baron Ash, whose family had owned the place since 1904. He preferred to use his middle name, so everyone called him Baron Ash, even though he was no more an actual baron than I am. A rogue comma was also inserted on one occasion, so it became Graham, Baron Ash. This is ingenious. If Mr Sugar had called his son Lord instead of Alan, he could have saved him the bother of flogging all those computers.

2. Baron persuaded his dad to buy Packwood
The story goes that Baron asked his parents to buy Packwood - so they did. He was only 15 at the time, which is a bit odd - if you consulted most 15 year olds on where they wanted to live, "as far away from you as possible, while still accessing your laundry and cooking services" would most likely be their reply, over "a Tudor manor house I can restore". They were rich, though - the family had made its money from zinc, although Baron never referred to this in later life, preferring to see himself as a country gentleman. 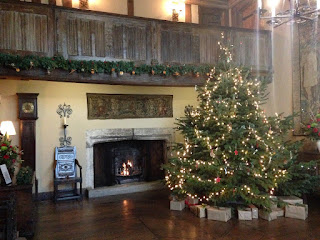 3. Baron insisted that the house must not be changed
It sounds like Bazza was a fastidious type - if you turned up one minute after your expected arrival time, there was a good chance you'd would be turned away. He gave the house to the National Trust in 1941 on the condition that it must be kept exactly as he had it, contents and all. The owner of Treasurer's House did the same thing, although I believe he actually threatened to come back and haunt the NT if they so much as moved a table forward an inch. Presumably the NT representative laughed nervously and then looked up 'exorcist' in the Yellow Pages. 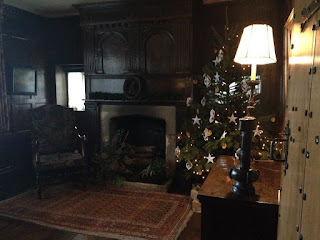 Interesting factoid: Baron eventually fell out with the National Trust. After he handed Packwood over, he went to live in a castle in Suffolk. Although he remained friendly with the Packwood gardener, he didn't agree with how it was being run and when he died in 1980 he left none of his £3 million estate to the Trust. His niece, however, gave them a generous bequest that enabled the purchase of nearby Baddesley Clinton.

4. If you go to the National Trust on a weekday, you get a personal tour guide
It's taken me a staggering two years to work this out, but National Trust properties can get quite busy at weekends. And I've noticed that the best room guides often hang out in the smallest rooms on Saturdays, so you'll turn into Lord Morris's chess room and one guide is surrounded by 40 visitors, all squashed in and hanging on her every word, until one visitor says "my great-grandmother was a Morris - I wonder if I'm related?" and then looks expectantly at the guide, as if she is going to pull out a family tree and say "Yes! Here, take all these antique chess sets, they are rightfully yours".

ANYWAY. I went to Packwood on a Friday, which meant that it was relatively quiet. A lovely tour guide called Jean walked me through a few of the rooms. She explained the history and showed me some pictures - it really made my visit. She would definitely win BBC Scone Personality of the Year, if the BBC hadn't rejected the idea as "borderline insane - please stop emailing us" (their loss).

5. It's really very important to read up on a property before you go
I decided to go to Packwood on a bit of a whim, which meant that I hadn't read up on it beforehand. This is my excuse for why I didn't see the Yew Garden. The yews first appear on a plan from 1723, and 16 of them supposedly represent the four evangelists and the apostles.You can see them here: www.ntprints.com/image/354371/the-yew-garden-known-as-the-sermon-on-the-mount-at-packwood-house.

I read the guidebook afterwards though and discovered that:

6. Packwood scones are very nice
The restaurant at Packwood is a thing of beauty. It looked very new and it was full of people who had clearly come for lunch, which is a good sign.

The scone was warm and soft and full of fruit. It might have been a bit too soft, to be honest, but it was tasty. 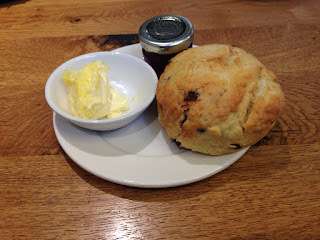 On a final note, I had not realised until today that the National Trust has a website for ordering posters and pictures from its collection! So that's my Christmas shopping sorted after all! 'Monkey Barbers' for everyone!

Posted by National Trust Scones at 01:00