I have discovered the secret of making a National Trust property EXTREMELY popular. Yes indeedy, if I was put in charge of an NT house I would simply write a best-selling book about the place and get the BBC to make a TV series about it. Job done.

It certainly seems to have worked wonders for Belton House near Grantham. The children's book, Moondial, was set there, as was the BBC TV series of the same name: 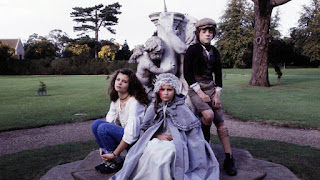 And now Belton is the 5th most popular National Trust property, with over 400,000 visitors a year! Amazing.

Sadly, the Scone Sidekick had never seen the TV series, so he had absolutely no idea what he was looking at today. He was even more confused when I explained that it was actually a sundial. The two figures represent Eros (for love) and Chronos (for time). I thought it was great - I can see why Helen Cresswell, the author, was so inspired by it.


I must admit though; I was expecting to find hundreds of people gathered transfixed around the moondial/sundial, but there was only me, the Sidekick, and one other woman of a similar age to me. Maybe the 399,997 other visitors just like Belton.

And that's very possible because Belton is LOVELY. Here are 5 things I learned today:

1. Belton was owned by Brownlows and Custs from 1609 to 1984
Richard Brownlow, a very successful lawyer, bought the Belton estate in 1609. Various Brounlows followed until Sir John Brounlow, Viscount Tyrconnel, had no children and passed the estate to his sister's son, Sir John Cust, in 1754. It remained in the family until 1984, when Edward Cust, 7th Baron Brounlow, gave it to the National Trust.

2. The house was built from 1684
'Young' Sir John Brounlow inherited Belton in 1679 and work started on a new house in 1684. It was built around four central rooms that are still there today, although the property has undergone a lot of change since those days. The very impressive Chapel and the adjacent Drawing Room are the least altered of the 17th century interiors.

3. It played a part in the Abdication crisis!
Peregrine Adelbert Cust, the 6th Baron Brounlow, inherited Belton in 1927. He was a close pal of Edward, Prince of Wales, and became his Lord in Waiting in 1936 when Edward became king.

It all went a bit wrong after that, however. 'Perry' accompanied Wallis Simpson to France to try and extract her from the media storm in 1936. He persuaded her to release a statement on 7 December saying that she would withdraw from the unhappy situation, but by 10 December Edward had decided to abdicate. Many people, including the Archbishop of Canterbury, blamed Perry for the whole sorry mess. He withdrew from public life and died in 1978, after which his son (named Edward) gave Belton to the National Trust.

This is Perry and his wife, Kitty. They even look a bit Eddy-and-Wallisy, don't they? 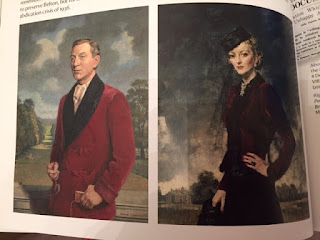 4. It has a lovely Boathouse
A path takes you from the house through the Pleasure Grounds to the Boathouse, which was designed by Anthony Salvin in 1821. It's a lovely little spot - the Brownlows used it for fishing and picnics. 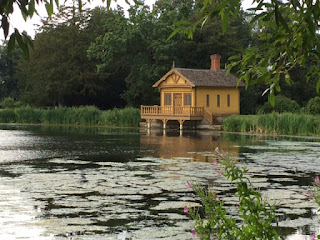 5. It was also in Pride & Prejudice!
It's not just Belton itself that has benefitted from some TV glory. In 1995, this beautifully crafted bureau decided to get a piece of the action by sharing a scene with Colin Firth in the TV series of Pride & Prejudice.

Belton stood in as Rosings, home of Lady Catherine de Bourgh, and this is where Mr Darcy wrote his letter to Elizabeth Bennet: 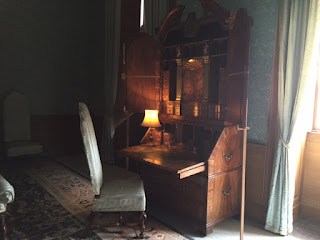 Here it is, having its moment of fame and waving to its mum: 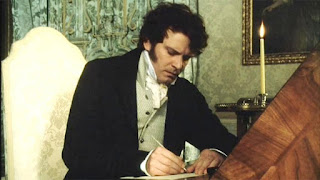 Anyway, twenty years on and the bureau needs some conservation work, so they are reminding people of the hugely important role it played in bringing Darcy and Lizzie together.

But let's talk about scones. I had always known that the Moondial TV series was filmed at Belton, but I hadn't realised until recently that the original book was actually set there too. There's even a little promo for the NT in there: 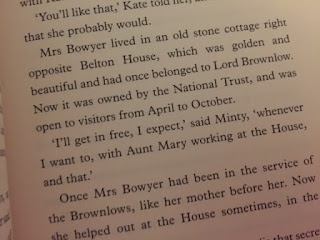 There's also a mention of scones in the book, which therefore makes it my favourite book of all time (soon to be replaced by Around England in 50 Scones). Sadly the scones that get mentioned in Moondial are not strictly NT scones - they were made by Aunt Mary - but still.

The Belton scone
Belton House in the real world has a smashing tea room, with a very impressive display of cakery. The scones themselves were great - very fresh and light. 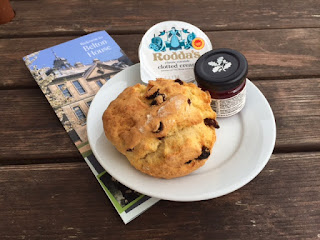 Anyway, I highly recommend Belton House. And now I need to get a wriggle on, as I've got 565 best-selling books to write.

Posted by National Trust Scones at 13:02