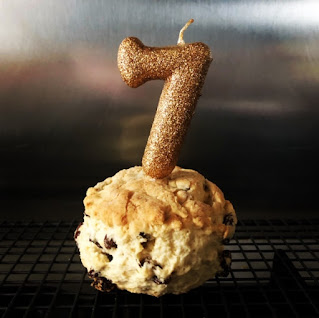 It's seven years since I decided that enough was enough: we had joined the National Trust but failed to actually use our membership. If I write something down I remember it, so I decided to document each visit and reward myself with a scone.

I had decided that 2020 would be my final hurrah - seven years seems like a suitably noble amount of time to spend on a quest. But then the small matter of a global pandemic came along and thwarted my plans. I still have 28 properties left to visit (I'm only visiting the ones with a cafeteria) and I'm hopeful of fitting a few in but I think 2021 will need to be my year instead.

But let's not dwell on the bad! In time-honoured fashion, here is the National Trust Scone Blog Birthday Honours List - the 83 properties with 5-star scones, in reverse order of when I visited:

You can marvel at all 183 scones on Pinterest. There's also a National Trust Book of Scones, which is available in NT shops or on the internet.

My ever-lasting affection and thanks, as ever, go to all of the fantastic Sconepals that send in photos and show ongoing support and enthusiasm for this mad project. Keep sharing your National Trust scone sightings, either on Twitter or Facebook or Instagram. I love them.

Posted by National Trust Scones at 13:05