If I had a pound for every time someone recommended Charlecote Park near Stratford-upon-Avon to me, I'd have...why, I'd have £3. But a journalist friend once told me that once is an accident, twice is a coincidence, and three is a story, so off we went. 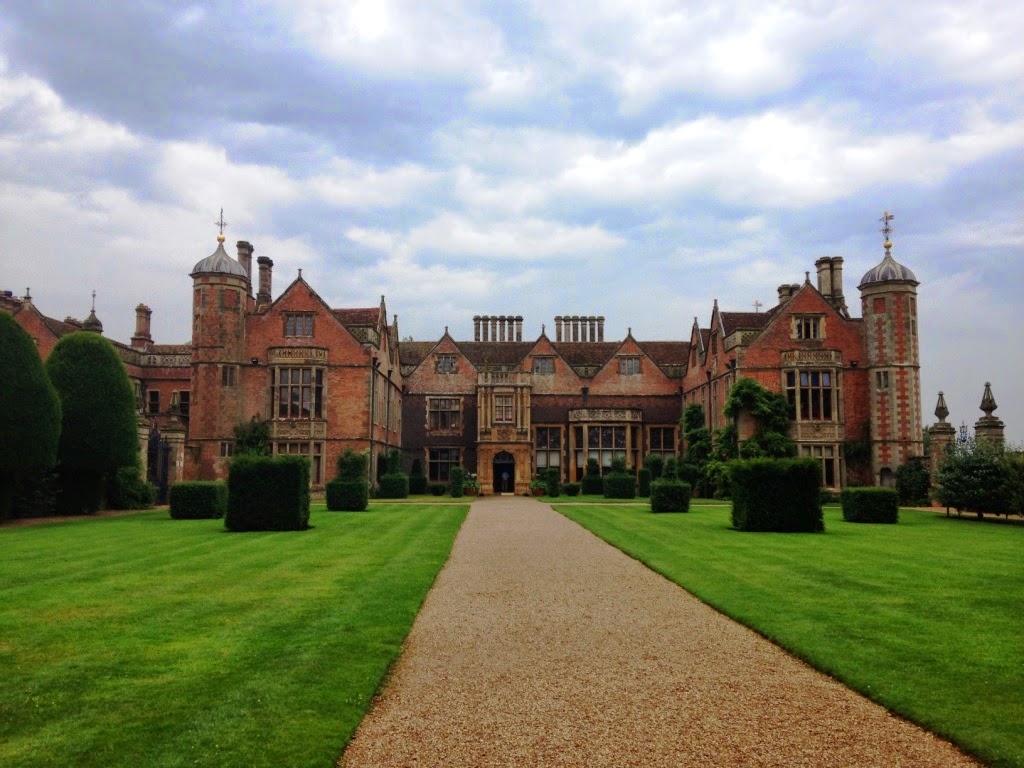 I'd been reading a good book about Charlecote: Mistress of Charlecote, The Memoirs of Mary Elizabeth Lucy. On page one, it tells the story of a local tanner's son caught stealing a deer from the park. Sir Thomas Lucy, owner of Charlecote at the time, was a justice of the peace, so the poacher decided it was time to move on and try his luck in the London theatre, his name being William Shakespeare.

The Shakespeare connection has been very important to Charlecote over the years, although some miserabilist party-poopers have now cast doubt on it. The National Trust took the property on in 1946 partly because of the link (or so I'm told), and since the 1700s the great and the good have come to Charlecote to see where The Bard started a short-lived criminal career.

But Charlecote has a fascinating history with or without Shakespeare:
The Elizabethan Revival style can be seen in the Great Hall, where the supposedly wooden ceiling is actually made of plaster. I've now seen so many Great Halls at National Trust properties that I've decided I want one of my own. I don't know about you, but our hall was the smallest, coldest room in our house - we only ever went in there to open the front door or to collect a semi-frozen coat. Yet in medieval and Tudor times, the Great Hall was the most important room in the house, with people coming and going and servants and dogs running around. If you ever see an episode of Grand Designs with Kevin McCloud saying "what she's planning is quite literally ridiculous - a medieval Great Hall where servants and dogs can run around, even though she hasn't got any servants and she's scared of dogs. I just can't see it working," - you'll know it's me. 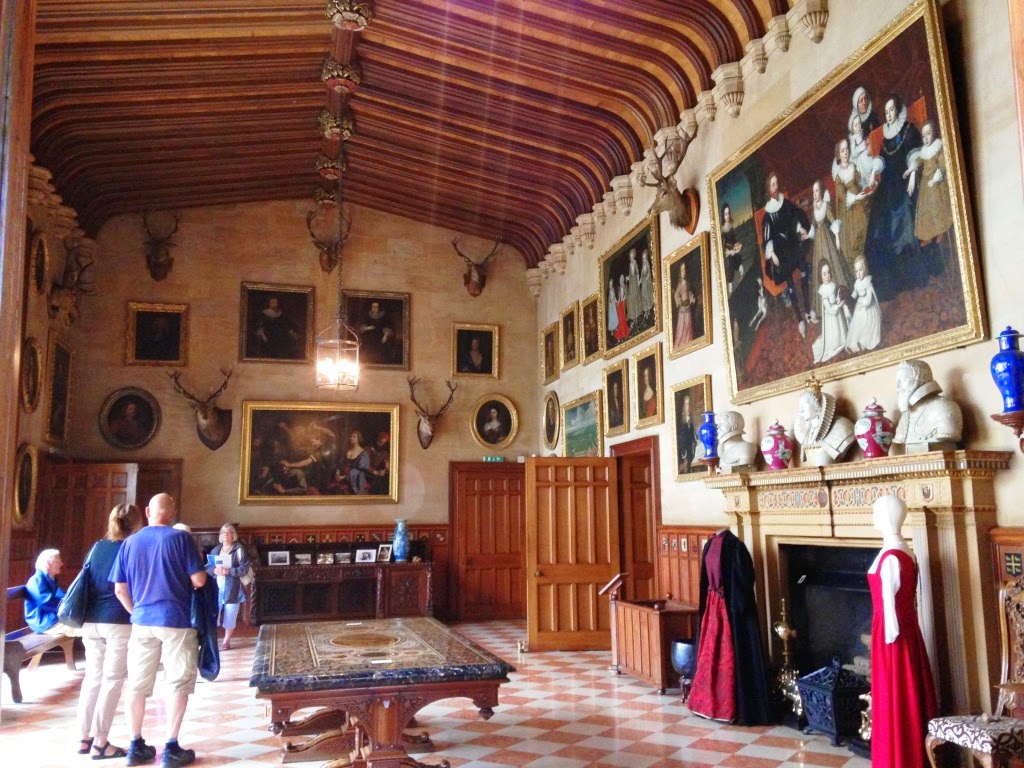 Anyway, back to the book. What makes Mistress of Charlecote so readable is its author, Mary Elizabeth Lucy. She wrote her memoirs specifically for her grandchildren, yet she happily tells them that she was forced to marry their grandad in 1823, even though she cried her eyes out and begged and pleaded with her father not to make her do it. It makes you realise that Jane Austen wasn't inventing it all.

I also have Jane Austen to thank for my Surprising Moment of Self-Discovery of the Week. We came out of the house and saw a sign for 'Carriages', which made my heart sink, as I have absolutely sub-zero interest in transport history.

But I was shocked to find that I was FASCINATED by the display of carriages. I am almost tempted to give up my job, find a PhD course on How People Got About Before Cars and write books on the subject. For all you other Jane Austen fans, below on the left you can see a barouche, with its four seats, two facing two, as used by those pompous old bats Lady Catherine de Bourgh and the Dowager Viscountess Lady Dalrymple.

On the right is a brougham, which was invented a bit later and is enclosed, making one think mainly of murders on foggy November nights in Whitechapel. 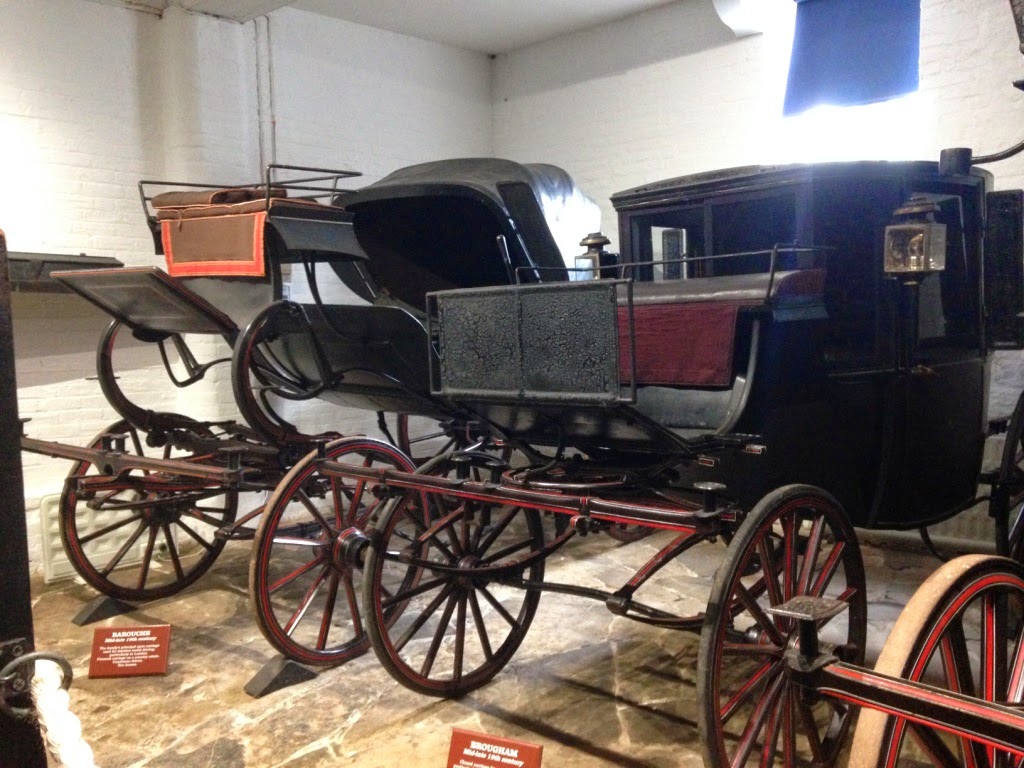 And this is a phaeton or "an owner-driven carriage suitable for a sportsman who enjoyed driving himself with groom sitting behind". So now you know. I'll let you know when my book is published. 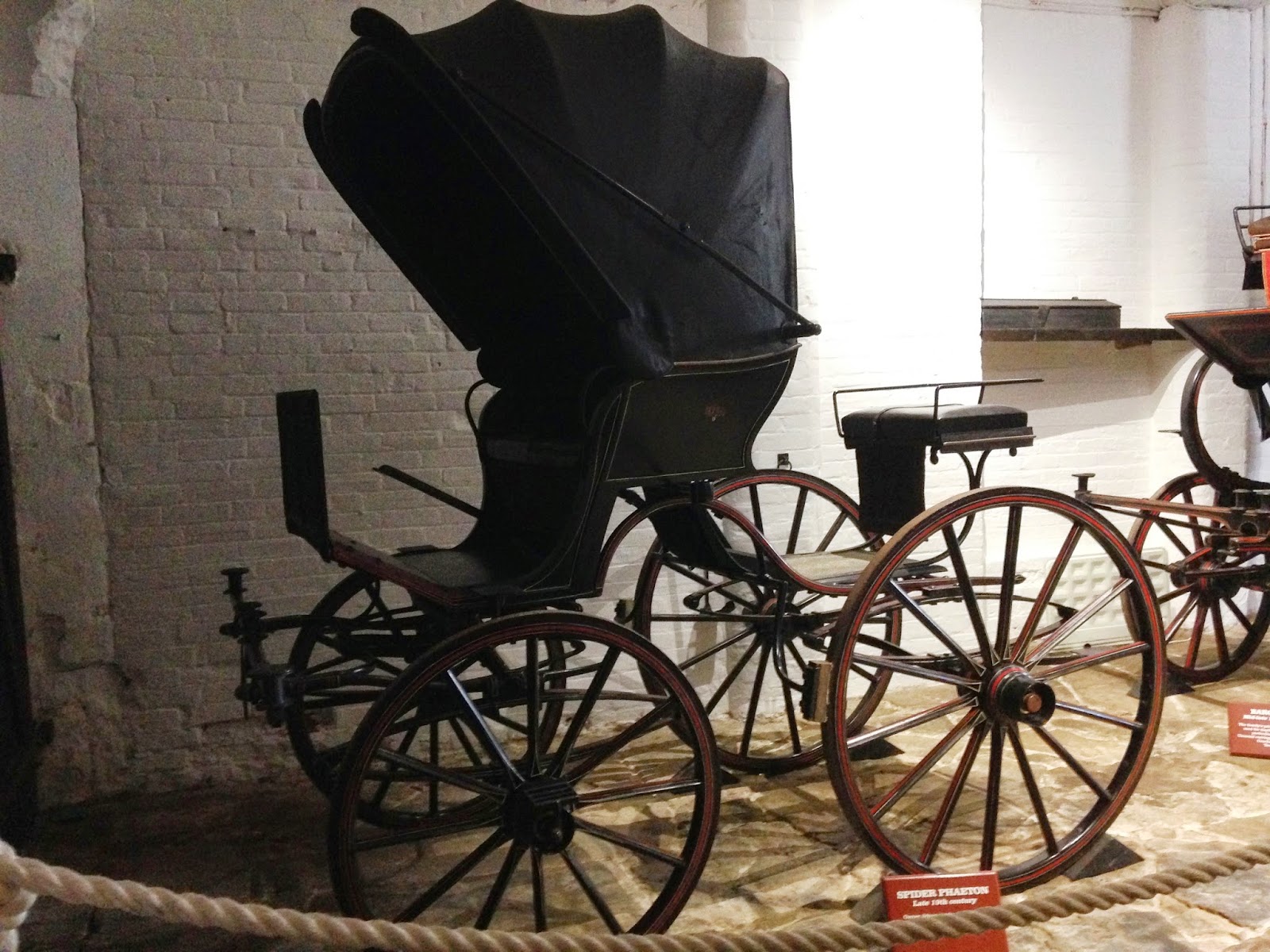 The Charlecote Scone
But let me stick to my true area of expertise: scones. In the history of the National Trust Scone Blog, I've never had top-scoring scones on three consecutive missions. Two weeks ago Claremont Landscape Garden was awarded five out of five for their flufftastic scones. A week later, Bateman's took top honours for their any-fresher-and-they-were-flour scones. Surely, the scone blogger wasn't going to score a hat-trick?

Readers, she did score a hat-trick. The scone at Charlecote Park was scone perfection. There was a choice of plain or fruit, a choice of jam, a sprinkle of icing sugar and the freshest scone since...well, last week. It had that tiny hint of warmth that provides the alibi of freshness, without interfering with your digestion. The Orangery was a lovely restaurant as well - welcoming with friendly staff. Marvellous. 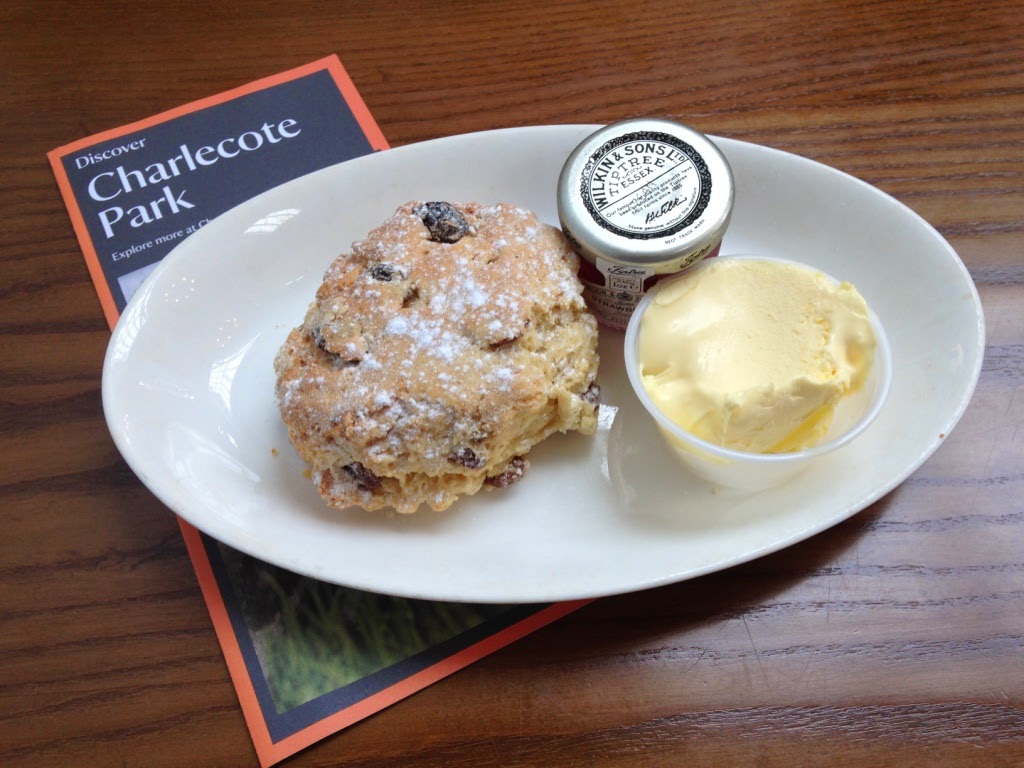 Surprisingly fascinating carriages: 5 out of 5
Posted by National Trust Scones at 05:30