If ever there was a book title to make me run for the hills screaming "PLEASE GOD NO" it is The Mathematical Principles of Natural Philosophy.

In fact, if I hadn't seen said book at Woolsthorpe Manor, birthplace of Sir Isaac Newton, and if I hadn't been reminded that he was a fan of things like gravity and light, then I wouldn't even have been able to guess what mathematical principles of natural philosophy were. 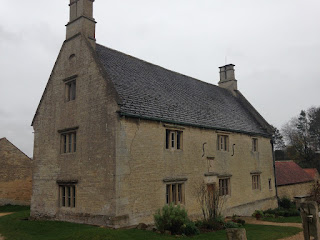 BUT! Before you start writing a letter to Tim Berners-Lee asking him to uninvent the Internet so that people like me can't be so completely stupid in public, I must stress that science has never really been my thing.

So props to Woolsthorpe Manor, because today's visit taught me a great deal:

Our tour guide explained that Isaac's father, who was lord of the manor, died before Isaac was born. His mother then spent a few pregnant months wondering what was going to happen to her: if she had a boy, he would also eventually become lord of the manor and they could remain at Woolsthorpe. If she had a girl, the two of them would be packed off back to her relatives and the house would pass to someone else. So she was presumably extra delighted to see Isaac, although it's a miracle that he survived, having been born premature during a very cold winter.

Anyway. The Woolsthorpe connection doesn't end there. Isaac was a precocious lad who failed to show the slightest interest in farming, so he was sent off to school followed by university. When the Plague struck Cambridge in 1665, Isaac returned to Woolsthorpe and did some of his greatest work at the manor.

2. Sir Isaac Newton - one of the most influential scientists of all time
It's very easy to align one person with one discovery - Alexander Fleming and penicillin for example, or the extremely useful one that has stuck in my brain for 25 years since my History GCSE; Joseph Glidden and barbed wire.

But Sir Isaac Newton's thinking went far beyond the subject of gravity, which is what I always connect him with. When he returned to Woolsthorpe in 1665, he spent his 'annus mirabilis' producing some of his most important scientific thinking, covering motion, light and gravitation.

He didn't publish his theories until 1687, when Philosophiæ Naturalis Principia Mathematica appeared in print. It contained three books; the first and second books explore his laws of motion. The third contains his theory of gravity. 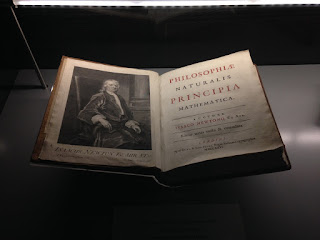 3. He didn't get hit on the head with an apple
It's a myth that he came up with his theory of gravity when he was hit on the head by an apple. He was a safe distance away when he saw the apple fall from the tree at Woolsthorpe, prompting him to wonder why it dropped straight downwards and not in a random direction. (He wasn't always so health and safety conscious - the short film that you can watch in the education centre tells how he once looked into the sun for as long as he could bear and went blind for three days.)

His apple tree is still there though, right outside the house. It fell over in 1816 but re-rooted and continues to grow. It now has offshoots all over the world, ensuring that Newton's legacy lives on at MIT and other places of learning. Bizarrely, the tree doesn't get a mention in the guide book.


4. It's probably only right to stick to apple-related items in the tea room
Woolsthorpe Manor was the 40th National Trust scone mission of 2015. The year started badly - there were no scones at Leith Hill in January, followed by a similar failure at Aberdulais Tin Works. But since then I've struck scone gold everywhere.

Until today. The tea room at Woolsthorpe Manor is very small - they should definitely try and extend it a bit, as it was full the whole time we were there. This was November, so God knows how they cope in poor weather in June and July.

The nice lady told me that they were waiting for some scones, but it wasn't clear whether she meant waiting five minutes or until next week so I opted for the last two slices of apple shortcake. And let's face it, apple shortcake is highly appropriate for Sir Isaac's birthplace, AND it was delicious, so I'll overlook the scone scarcity. 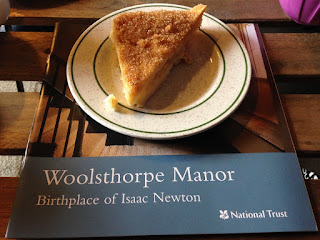 Anyway. I highly recommend Woolsthorpe - it's a lovely spot with an impressive history that is very well told.

Woolsthorpe Manor: 5 out of 5
Scones: 0 out of 5 (there weren't any)
Highly appropriate apple shortcake: 5 out of 5

Posted by National Trust Scones at 11:03