I have now been to 149 National Trust properties. I've seen houses built from the profits of cotton, sugar, coal, banking, shipping, guns, and marriage but Tyntesfield (pronounced Tintsfield) near Bristol is the first place I have visited that was funded by bird poo.

Yes, you read that correctly. Bird poo. In 1842, the Gibbs family started importing guano (that's dried bird poo to you and me) from Peru of all places. It was sold as fertiliser and it revolutionised Victorian agriculture, making William Gibbs wealthy enough to create this place: 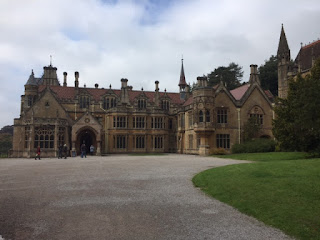 The house is undoubtedly beautiful, but the real show stopper at Tyntesfield is the chapel. It was the first part of the building that we saw and I was stunned by it- it's basically half a cathedral: 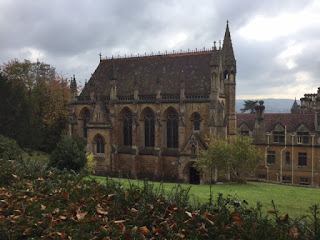 The chapel is based on La Sainte Chapelle, a medieval royal chapel on the Île de la Cité in Paris. It had not been part of the original plan for Tyntesfield and was added a decade later, in 1875, by architect Arthur Blomfield. He managed to build it on sloping ground so that the family could access it from the first floor of the house.

William was very religious. He was a Tractarian; in 1833, the Reverend John Keble had created the Oxford Movement, which called for a reform of the Church of England and a return to its Catholic roots. Supporters of the Oxford Movement were called Tractarians and they included William Gladstone as well as William and his wife, Blanche.

I'm now going to make myself sound like a right philistine by admitting that I was really disappointed not to see the chapel in its entirety. There's an art installation in there at the moment - it think it features people from different faiths praying - and it's enormous, covering up the whole altar. It's only there for two months, so we were just a bit unlucky with our timing, but it was really disappointing. 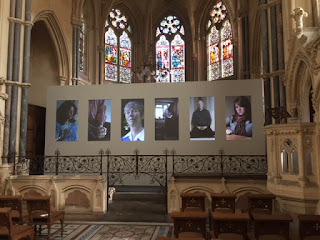 And I hate myself for saying that, because I'm generally all for art installations at the NT - read about my love for the Singing Tree at Biddulph. I'm just not sure I'd have covered up one of the most important parts of the property - even the guide book says that the altar is the focal point of the chapel, so why obstruct it?

Anyway. The same artist also has other pieces on display in the house itself. I have zero shame in saying that I thought they were horrible - a huge cast of a dead cow's head and two dead lambs would make most people feel uncomfortable. And they're supposed to do that - the website explains that they "will trigger us to consider mankind's complex relationship with breeding" - and I have no issue with that at all, but don't expect me to go home thinking it was lovely. 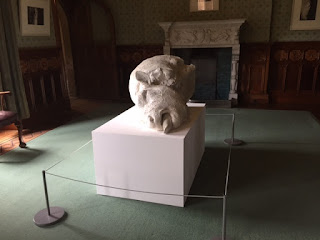 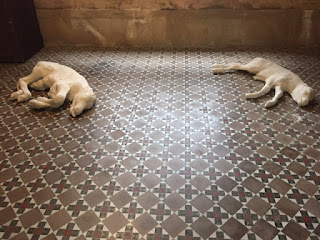 The Tyntesfield scone
The art isn't the only thing at Tyntesfield that is challenging - the tea room is one of the most stressful places I have been to in a long time. I hasten to add that we were there at 1pm on a Saturday when they were having a Hallowe'en event, so I'm not complaining. I think the main issue is the building itself - there are limitations on what they can do with it and space isn't used very effectively.

But kudos to the mainly young staff - they were efficient and friendly and unflappable. The scone looked fantastic and it was fresh and tasty - a definite 5 out of 5. 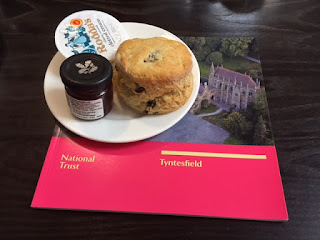 I'm going to end with Marketing Idea for the National Trust Number 3,231. For the first time, I was struck by how all of the NT properties fit together - so William Gibbs was commissioning work at Tyntesfield in 1863, the exact same year that William Armstrong was buying land near Newcastle to build Cragside. A book explaining the chain of events and similarities/differences would be great. Or maybe just a big jigsaw. I'd buy it anyway.

Posted by National Trust Scones at 07:29